Respawn isn’t rolling out any big Apex Legends Season 5 changes just yet — only a few in-game map tweaks so far — but the latest one is sure to catch the attention of the game studio’s many fans.

Apex Legends’ 4th Season, Assimilation, is drawing to a close on May 5. However, developer Respawn Entertainment is already hinting at what’s to come in the next season.

The newest updates include a not-so-hidden Easter Egg that gives a nod to one of Respawn’s earliest titles, Titanfall 2. Near The Dome on the World’s Edge map in Apex Legends, players can uncover a strange datapad lying around in one of the larger buildings. A brief glance at the item reveals a reference to something called the ARES Division, and picking up the datapad shows the player a message that points to Singh Labs in the King’s Canyon map, as first discovered by Redditor u/HIRUZENandENMA.

For fans of the Titanfall franchise, “ARES Division” is a clear reference to the Archaeological Research Division, an organization first encountered by players in Titanfall 2’s Effect and Cause level, which has gone in history as one of the game’s most famous levels. On the planet Typhon, the ARES Division was working on alien technology that had the power to bend space-time itself. Dubbed the “Fold Weapon”, it had the potential capability to destroy planets.

With the developers over at Respawn Entertainment referencing Titanfall 2’s ARES Division prior to the launch of Apex Legends Season 5, fans of both titles are hard at work theorycrafting what’s in store for the forthcoming new game. 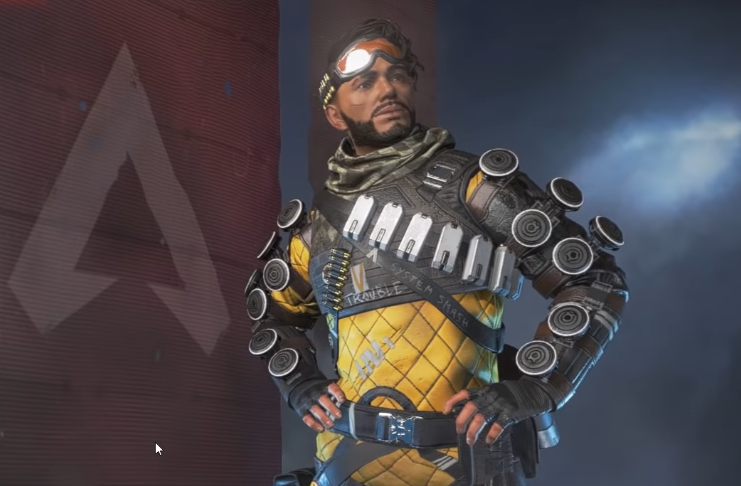 Despite the subtlety of the Easter Egg, this isn’t the first time Respawn made a reference to Titanfall 2. At this point, the devs had made it increasingly clear that Apex Legends takes place in the same universe as Titanfall 2, with characters like Wraith and Crypto having been revealed to have clear ties to elements and entities in the earlier title. With the launch of the Voidwalker event, players discovered that Wraith originally came from Typhon, so her ties to ARES Division are highly likely.

Apex Legends is, currently, one of the most popular Battle Royale first-person shooter games after making huge waves in the genre when it released last February 2019. Now less than a month away from Apex Legends Season 5, developer Respawn Entertainment is giving its fans something to get hyped about.