Apple is getting ready to launch its new Apple AirPods Studio, its first-ever over-ear headphones. How does it compare with the Sony WH1000XM3?

The rumored Apple AirPods Studio is expected to arrive on the Apple Worldwide Developers Conference (WWDC) 2020 this June. It will be a feature-packed headphone based on the leaked specs.

If the specs are true, then the Sony WH1000XM3 headphones might have competition now. But can Apple do it?

Comparing the two headphones based on specs alone will not do both devices justice. But, it is a great way to gauge what to expect once the AirPods Studio comes out.

Here are some of the things that people are expecting with the upcoming AirPods Studio.

It is obvious that the Apple AirPods Studio must have an excellent sound stage to capture the market. The market is saturated with great headphones from Sony, Bose, Audio Technica, and a lot more, making it a challenging task.

The Sony WH1000XM3 is one of the best headphones today. However, if Apple can go on par with what Sony offers, then it has a chance to beat other headphones.

What Apple needs to do is to produce a device that can produce clear sound and dynamic bass. It is expected that there will be a clean separation between the highs, mids, and lows.

Despite what the rumors are saying, no leaks can ever reveal the soundstage of the AirPods Studio yet. It will only be determined once the actual device gets tested.

There is a lot of noise-canceling headphones available in the market today. If Apple wants to be a contender, then the company should not leave out this feature on its new device. Removing this essential feature is like digging its own grave prior to its release.

Apple included noise-canceling features on the AirPods Pro. This gives the company the experience needed to implement the feature on the new headphones easily.

The AirPods Pro has a transparency mode as well, which allows the user to listen to its surroundings without removing the device.

Apple should include this feature on the upcoming AirPods Studio as well to keep up with the competition. 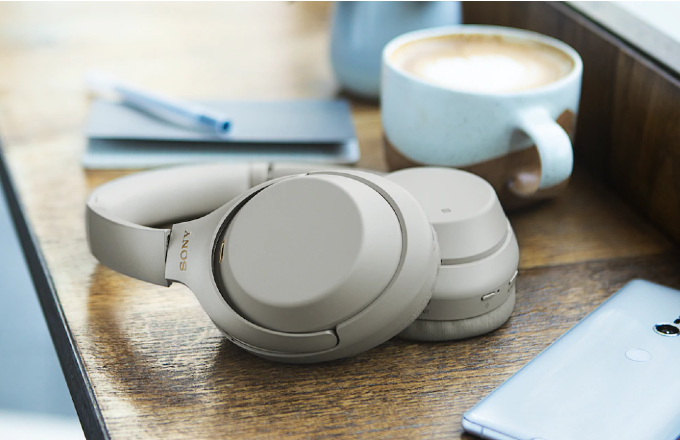 One thing that Apple does best is the design of its products. It looks sleek, clean, and uniform throughout the ecosystem.

There are rumors reported that the AirPods Studio will have different colors available. The move is inspired by the Beats lineup of headphones. Giving users a lot of color options is a great move. This is considering that the Sony WH1000XM4 is reported to have the same aesthetic as the XM3.

However, it may not be bad if Apple sticks with the colors already affiliated with the brand. The aluminum silver look of the MacBooks is already a great option. However, adding rose gold, red, white, and piano black to the color options makes it better.

There is one concern why wired headphones are not going out of the norm. Battery life always comes to mind as the first consideration. No one wants to be cut off while listening to their favorite music.

The Sony WH1000XM3 offers 30 hours of wireless playback. Meanwhile, the Marshall Monitor II ANC is rated to last up to 45 hours.

If Apple can match the battery life of these two devices, then it will be the clear winner.

Apple has a great record in terms of connectivity. The AirPods connect seamlessly to iOS devices. Having the same type of connection is a huge plus for the AirPods Studio.

The AirPods Studio is rumored to have the same H1 chip that allows the smooth connectivity. The H1 chip is still a capable connectivity chip today. However, it is better for Apple to upgrade the chip for this new device.

The Sony WH1000XM3 is available for US$350 [AU$528]. This is not bad considering all the features that Sony offers. But, in order for Apple to make a statement in the market, it has to undercut Sony and other brands.

Considering that Apple does not offer affordable devices, can it lower the price?

It is possible for Apple to slap an affordable price to the upcoming AirPods Studio. If the company can do it with the new iPhone SE, then they can do it here as well.

However, if Apple decides to price it higher than the XM3 or the XM4, then the Apple AirPods Studio should have a redeeming feature to attract potential buyers.