A report claims that Apple’s iPhone 12 series may come without any accessories in the box and still be priced higher than the iPhone 11 series. It also mentions some of the specifications of the four expected iPhone 12 models.

A report by market intelligence provider TrendForce says that Apple has decided to remove accessories from the retail box of the iPhone 12 series. These accessories include wired headphones and a power adapter or charger.

There have been rumors in the past of Apple taking this step. But as we move closer to the unofficial October launch date, it seems more likely to happen.

The same report also talks about the year-on-year (YoY) drop in smartphone production by the end of the second quarter of 2020. It claims that even though Apple’s iPhone production in Q2 2020 increased by 8 percent compared to last quarter, the tech company will begin mass-producing the iPhone 12 series.

The 2020 iPhone models will come with 5G support. Meaning, it will have much higher bill-of-material (BOM) costs. And because of that, Apple will omit accessories like wired headphones and chargers from its retail packaging of all the iPhone 12 models. 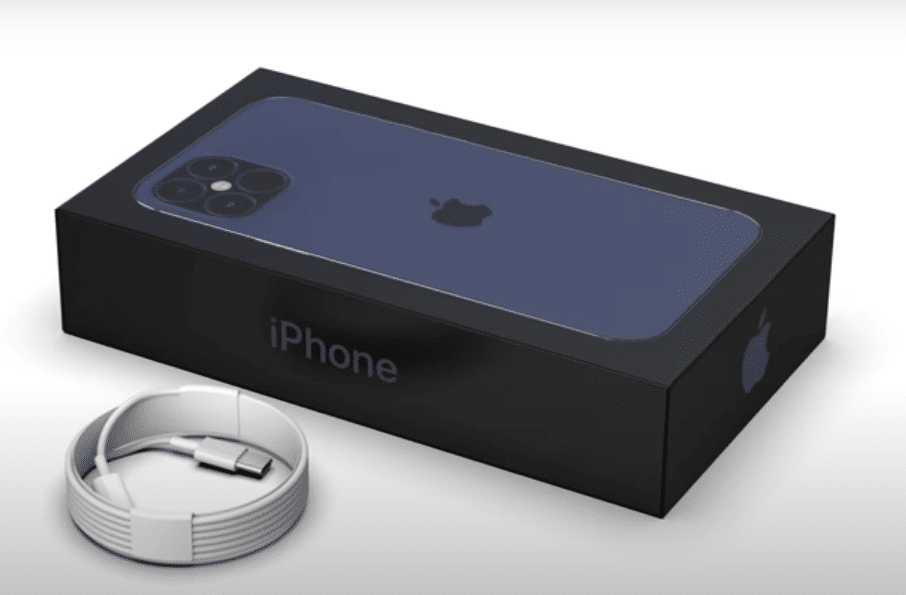 There have been plenty of reports claiming that the iPhone 12 will ship without wall charger inclusion. No one entirely knows the story or the reason why Apple is switching to this advocacy. However, reports claim that the tech giant is doing this so that it could help the environment.

This style might also be their marketing technique. So people who purchase their iPhone will be forced to buy a new charger. Do you agree with that?

A news site had an interview with GQ, Greg Joswiak, Apple’s senior VP of Worldwide Marketing. He replied to the suggestion that there might not be a charger with the following comment:

“We’re always looking at ways to minimize the e-waste from our products. It’s a continuous effort and an important one. We’re fortunate that people buy a lot of Apple products, so we know that the decisions we make in this regard are going to have an enormous impact. It’s our responsibility to minimize packaging and minimize what’s in the packaging if it’s not something the customer needs.”

Can I use an old charger for the iPhone 12?

As reported by Tom’s Guide, even if you already have an iPhone charger handy, it won’t deliver the reported 20W fast charging iPhone 12 lineup. Apple is also known to charge higher prices for its accessories than some of its partners.

Apple is expected to reveal the iPhone 12 range in October. We were initially hoping to see it in September. However, it looks like the Apple event on Sept. 15 will reveal the other Apple products. Watch 6, and iPad Air 4 are expected.