Apple is pushing the envelope on wearable technology. The company just received their patents for a device wearable on the fingers.

Receiving patents for a new technology isn not a tell tale sign that it will hit the market. Continuous innovation is the only fact that the patents can confirm.

Nevertheless, companies still file for patents to protect their intellectual property and claim to dominate the market first. Apple has been known to apply this method time and again.

The tech industry was shaken when Apple released its Apple Watch. Many found it unnecessary and not intuitive because of the tiny screen. The narrative changed when the sales of the Apple Watch doubled the sales of the entire Swiss watches industry.

The same might eventually be the case for the patented ring technology. The patent is laced with tons of features. Gesture control of smart appliances is its main attraction. 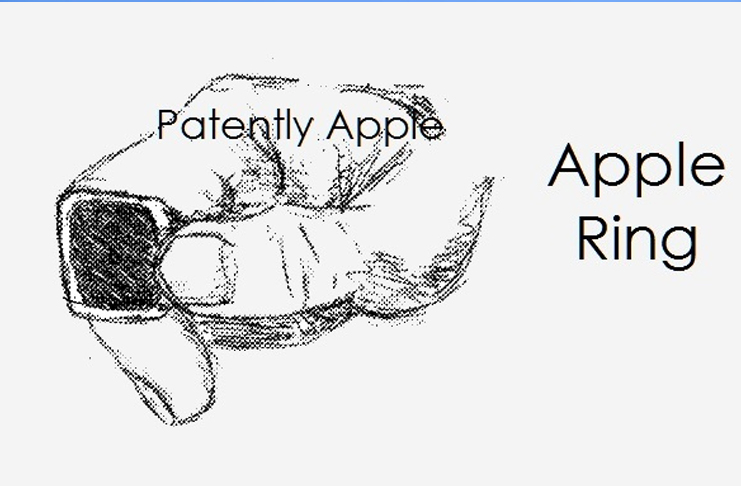 Smart appliances in homes may soon be controllable by gestures based on the patent. An Apple Ring user may just have to point and turn his hand clockwise or vice versa towards a smart speaker to control the volume. The same may be applied for the brightness of room lights.

The ‘Apple Ring’ may also be used to connect to devices. The patents suggest that new appliances may now be connected smoothly by simply pointing the ring towards its direction.

Future buyers may get more than just gesture control from the new wearable technology. The patent suggests that the ring will also have tiny screen to read messages and notifications on.

Additionally, the ring may also feature a physical track ball or a physical dial to possibly control music tracks or flipping channels. The patents also suggest that the ring might have a built-in microphone that can copy the walkie-talkie feature of the Apple Watch.

The features of the new proposed ring seem like they were lifted straight from a sci-fi movie. Nevertheless, the ultimate goal for the new wearable is still technology’s ease-of-use. Doubters of the technology must first save their comments until they get their hands on the new ring.

There is not AN assurance that the product will hit market, and no one except Apple can confirm which features will come with the ring as well.