Apple gave big importance to its users’ data privacy during its first day of WWDC 2020, and as the devs showcase the respective operating systems of its devices.

Apple Privacy was one of the strong points of WWDC 2020. The Senior Vice President of software engineering, Craig Federighi, emphasized the importance of privacy as a “fundamental human right.”

With all the data breaches that have been rampant as of late, Apple heightened the security of the data shared by its users.

Federighi enumerated the following privacy principles that they’ve incorporated into their Softwares to protect its users:

The highlighted enhanced feature that covers the aforementioned principle is the “Sign-in with Apple.” It was launched last year, and that’s where the tech giant saw the importance of strengthening this feature to assure its users’ data security.

Basically, it lets users sign-in on other apps using their Apple account, where data information is already stored and secured. 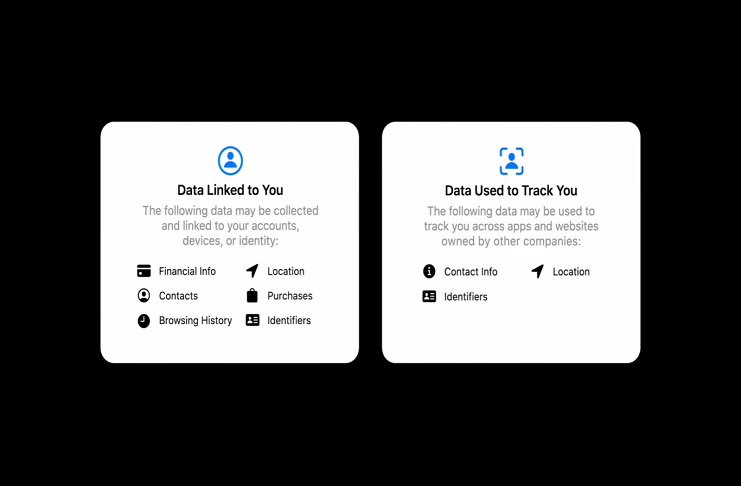 Furthermore, the devs dove deeper into the changes made to users’ location information. Accordingly, instead of giving out users’ exact location on other apps that ask for it, Apple will only share the “proximate location.”

Also, they’ve bumped up the security feature on the App Store wherein apps will need to ask users’ permission before they can attempt to track. They’ve added in a Recording indication on the status bar as well, to tell whenever users are being recorded by other apps.

App Store added to the requirement of App privacy transparency. Generally, it serves a similar purpose to that of the Nutrition Facts label on food packs.

Apple will now require app developers to provide their “self-report practices,” which can be seen on the information portion of the app before users download. Users will be able to check which data information will be collected and which will be shared with other third-party apps.

These are called “Data Linked to You” and “Data Used to Track You.”

This App privacy will not only be available in iOS 14 but in all other Apple devices. For Safari, users will be able to see this in the new “Privacy Report” button located by the URL bar.

This heightened privacy enhancement comes timely with one of its competitors, Google Chrome, being reported for a “massive spying” issue recently. With everyone going digital, it’s better to be safe with the personal information you share, even if it means adding a few dollars.