Foundation is an Apple Original drama show that is based on the classic book series by the beloved late science fiction author Isaac Asimov.

According to the announcement posted on Apple’s official website, the show will make its debut exclusively on Apple TV+ sometime next year.

From books to streaming

As mentioned earlier, Apple TV+’s Foundation is based on the Foundation series of books written by acclaimed American sci-fi novelist Isaac Asimov.

The Foundation book trilogy began with the first book Foundation in 1951, and has since been followed by two more sequels: 1952’s Foundation and Empire and 1953’s Second Foundation.

Plot-wise, the Foundation book series follows the decline of a Galactic Empire, and the heroic efforts of one mathematician, Hari Seldon, in trying to limit the effects of the civilization’s fall by creating Foundations, groups consisting of the empire’s greatest minds, who will ensure that their way of life will survive the coming chaos. 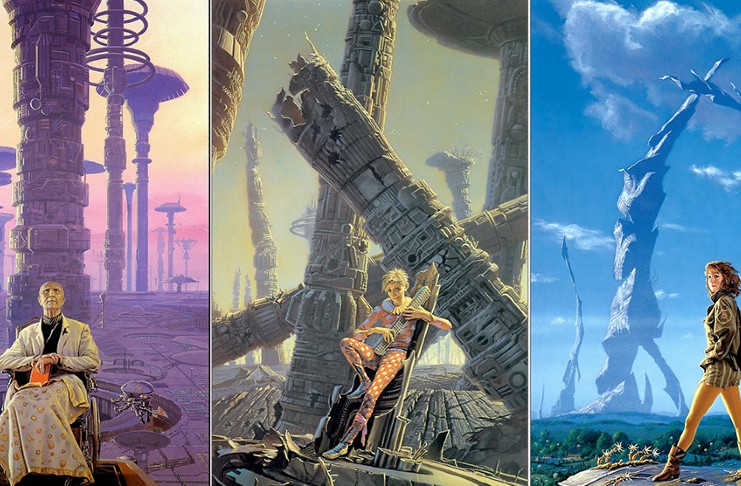 In the upcoming Apple TV+ series, Seldon’s role will be played by Jared Harris, who recently starred in HBO’s Chernobyl. Other members of the cast include Lee Pace (Guardians of the Galaxy) as Brother Day, Lou Llobell playing Gaal, Leah Harvey (Fighting with My Family) as Salvor, Laura Birn taking on Demerzel, Terrence Mann as Brother Dusk, and Cassian Bilton playing Brother Dawn.

The show is being produced by Skydance Television for Apple. Skydance has been involved in a number of major genre projects recently, including film releases such as Annihilation, Mission: Impossible – Fallout, Gemini Man, Terminator: Dark Fate, and 6 Underground, as well as TV shows like Altered Carbon and Jack Ryan.

When it comes to the world of streaming, Apple TV+ is considered a new entrant, but the service has been keeping busy the last few months in terms of building its offerings.

Just this year, it announced that it will be debuting Greyhound, the latest World War II movie epic from Oscar-winner Tom Hanks.

It is also reviving the Muppets series Fraggle Rock by getting the show’s whole back catalog before revealing its intentions of launching an official re-imagining of the classic program.

Then there’s See, another series starring Jason Momoa, which depicts a world in which everybody is blind.