New mini-episodes of the Muppets series Fraggle Rock: Rock On! are now being shown on Apple TV+, with more to come every Tuesday in the coming weeks.

The series’ revival on Apple TV+ would not be complete without the classic Fraggle tunes that Gen Xers have come to love (and their kids might, too), but this time around with fresh stories to tell.

As noted by the official Twitter page of Fraggle Rock, viewers don’t need to subscribe to be able to see the new short episodes. They can just access the episodes through the Apple TV+ app.

The Fraggles might be apart in separate caves, but they can still have fun together! Join Gobo, Red, Boober, Mokey, Wembley, and Uncle Traveling Matt for #FraggleRock: Rock On! New shorts each week. Watch now on the @AppleTV app. No subscription required. https://t.co/YyCgVr4hwQ pic.twitter.com/KTjmeleMOK

Rocking with the Fraggles during uncertain times

Yes, social distancing is a bummer. But as many folks have demonstrated these past few weeks, we can still continue to connect with each other in various, non-contact ways.

Fraggle Rock: Rock On! echoes this message as well, because even though the Fraggles live in different parts of the cave, they can still come together through rock music, and because we’re talking about Muppets here, a healthy dose of silliness.

Check out the teaser trailer:

As noted by TechCrunch, the new mini-episodes for Fraggle Rock: Rock On! were shot through the use of iPhone 11 devices.

Not surprisingly, the ongoing coronavirus pandemic has basically shut down most TV productions, including those for Fraggle Rock.

Undeterred, the creators behind the show went ahead anyway and shot each new episode using iPhone 11 devices from the comfort of their homes.

It also doesn’t hurt that these artists are from the Jim Henson Company, which you can always count on to be as resourceful as ever in putting a smile in your face in these troubling times. 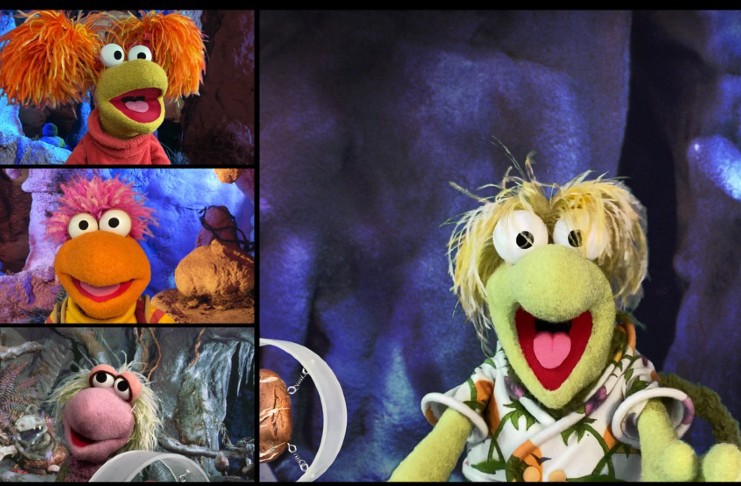 Apple TV+ is far from being the only streaming platform that’s offering more family-friendly content for audiences everywhere.

Last month, Amazon’s Prime Video decided to offer its kiddie content, free of charge. Parents just need to use an existing Prime Video account so that their children can start enjoying the free shows.

Even Netflix is joining in on the fun⁠—it is now offering free documentary films and shows (like Our Planet) through its YouTube channel.