Apple on Monday released a pair of Pride Edition Sports band for the Apple Watch. One comes in a colorful design and the other comes from a series of Nike Sports band.

In its continuous support for the Pride, a season celebrated every June, Apple-designed its Apple Watch band in rainbow colors. Apple annually shows its support by having its Apple Watch Pride Edition band and face collection inspired by the event

The first among the two Apple Watch Pride edition band is called the Pride Edition Sports band. It is made from individual strips of colored fluoroelastomer.

The said strips were craftily assembled by human hands. After assembly, each strip was machine die-cut and molded together using compression.

The entire length of the band showcases the rainbow colors running across. It is no ordinary blend of colors as it has striking colors with a wavy rainbow design. 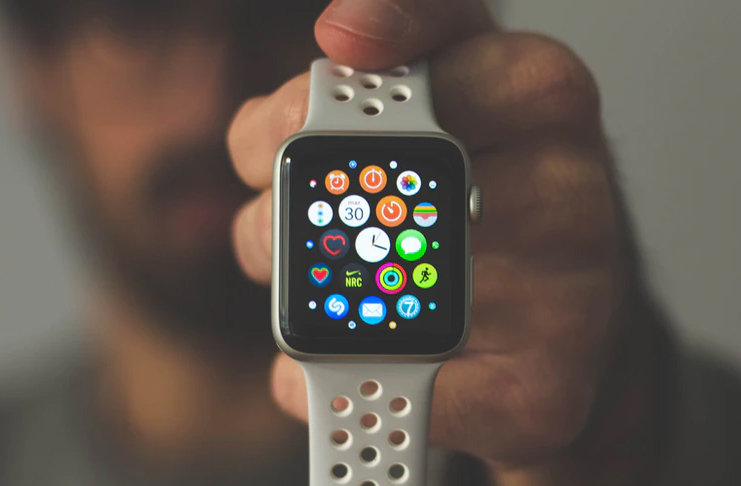 The Apple site describes the band as surprisingly soft in spite of it being durable and strong. The description further said that the band feels comfortable next to the user’s skin as it drapes elegantly across the skin.

The Pride Edition Sports band comes in two sizes matching the Apple Watch size. It is available in 44mm/42mm and 42/38mm sizes.

The Pride Edition Nike Sport Band also has the rainbow color featured in the Pride Edition Sports band. However, the colors are only integrated within the perforations and not as visible as the first one.

The matching band from Nike provides its users with the same comfort that comes along the Pride Edition Sports band. To ensure a clean fit, it is also provided with an innovative pin-and-tuck closure.

The Apple Watch 2020 Pride Edition Sport band’s features do not end on the bands alone. The upcoming watchOS 6.2.5 will showcase the Pride face to match the colorful rainbow design.

This is the first time that Nike joined Apple in celebrating the Pride month. Due to the coronavirus pandemic, Nike’s first year with the event will be celebrated over the Internet.

Apple has been visible in the Pride March held annually. In 2016, Tim Cook, Apple Chief Executive Officer even joined the parade.

To show the Cupertino tech giant’s support; Apple even gave away limited-edition Pride Apple Watch bands. Employees who participated in the event were given red lugs and rainbow-colored nylon straps.