Arnold Schwarzenegger will be arriving on Predator: Hunting Grounds on May 26 as the playable character Dutch.

The action star portrayed the iconic character in the original Predator movie directed by John McTiernan and released in 1987.

With his upcoming appearance in Predator: Hunting Grounds, the former bodybuilder finally returns—after more than three decades—to the role of Dutch, also known as Major Alan Schaefer, the mercenary who squared off against the Yautja and lived to tell the tale.

It was really fantastic to step back into this role. I had such a fun time working on this and I hope you enjoy playing with Dutch as much as I enjoyed voicing him. pic.twitter.com/sdTtnl4Mhd

According to a post on the official website of Illfonic, the gaming company that developed Predator: Hunting Grounds, Dutch will be delivered to gamers first through a free update.

This update will be made available to all users who already own the multiplayer game published by Sony Interactive Entertainment.

Through this update, gamers can learn some backstory—like where Dutch has been in the last 30 years—and even listen to Arnold’s voice through a series of voice recordings that players can access as they further progress through the game.

Dutch is back and bringing the fight to the Hunting Grounds! Thanks to @ASTROGaming, we're giving away #PredatorHuntingGrounds, #A40 headsets with IllFonic tags, and more!

On top of that, Illfonic will also be offering a paid DLC pack, which will allow users to play the game as Dutch.

In addition, those who get the pack will also get to enjoy early access to the QR5 “Hammerhead” Rifle, as well as Dutch’s Knife, which will eventually be made accessible, free of charge, to any gamer next month.

Paying home to the original film

Released less than three weeks ago for the PlayStation 4 and Microsoft Windows platforms, Predator: Hunting Grounds is a multiplayer first-person shooter game that borrows heavily from the 1987 movie in terms of plot.

Gamers can play members of an elite special forces team dropped in the middle of a Central American jungle.

Although it should be noted that for those who want to be the villain, they can actually play the Predator alien.

Pitted against a creature whose abilities and technology are literally out of this world, the squad will have to use some teamwork if they want to survive and keep their skulls from becoming souvenirs.

Strictly speaking, those who do decide to play the Dutch character will not have a significant advantage over other playable characters.

But those who count themselves as fans of the original movie will surely be delighted to know that as Dutch, they will get access to voice tapes that shed some light on what the character has been up to since defeating the alien in 1987. 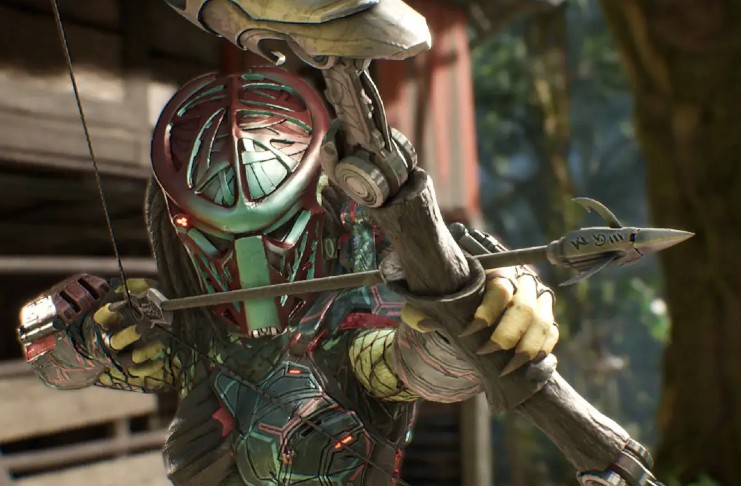 But none so far have touched into Dutch’s life after the events of the original movie. That should change soon this coming May 26.

As for Arnie, he gets another chance to revisit another iconic role through the world of gaming. Apart from the Dutch role, the action movie legend also recently lent his likeness to the Terminator T-800 character, which is now featured in the Mortal Kombat universe.