Home Gaming ‘Arx Fatalis’ from Arkane Studios, free to take home until May 31

Arkane Studios’ original game Arx Fatalis is free to take home from their anniversary website. The 2002 action RPG is out for free in response to Arkane’s 20th anniversary.

While not a remaster, Arx Fatalis is a superb game, even with the dated graphics. It’s one of the first few games to use the FPS action style used by the Elder Scrolls franchise with modern engines.

Arkane is making rounds recently due to its 20th year anniversary. The studio is celebrating with different announcements and their company documentary.

Arx was Arkane’s first game in 2002, and it is as interesting as their other IPs. While the game does not have the same refinement as Dishonored or Prey, it doesn’t matter. The signature style of Arkane is bleeding at every corner of the game.

The world is big and weird, with the story’s premise following a unique path. There are also a ton of things to do in the game, and players can participate in it. The story takes a bit of time to understand, and to piece it out can be a major undertaking.

Even then, it’s one of the best dungeon crawlers of all time. Players who enjoy atmospheric FPS games can rely on the gripping thrills it can give. The entire game is original and memorable, which is something most players would want.

The game was a commercial failure in its heyday, but this was mostly due to bad timing. Around its release, games like Morrowind and Neverwinter Nights release a better, more intuitive version of the game.

Players now would also need to get through the graphics problem. The game’s blockiness is an immersion breaker, and time hasn’t been good to Arx. Even then, the story for this cult classic still makes up for its technical shortcomings.

Arx follows a world without the sun

Arx Fatalis or Fatal Fortress follows a world where the sun failed, and denizens of the overworld moved to caverns for protection. The story takes place in many of these caverns, where races of all types live. 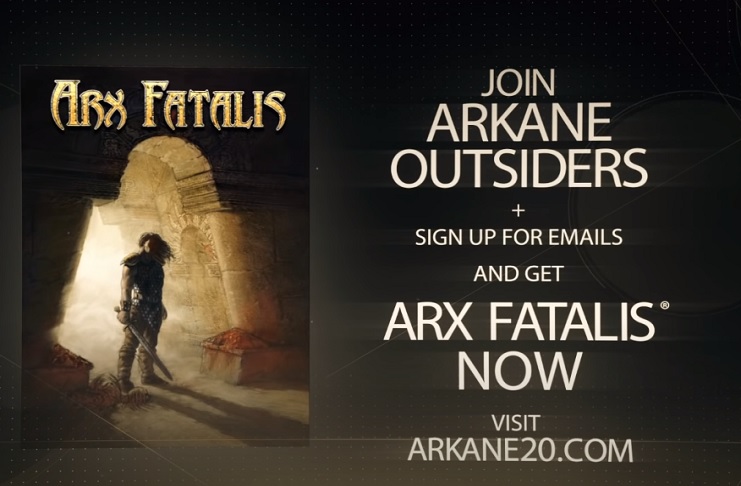 Humans, trolls, elves, and other races built their homes on these caverns, segregated but coexisting at times. The player wakes up in a jail cell, only to discover that they need to defeat the God of Destruction, Akbaa.

Arx Fatalis is available at Bethesda.net’s Arkane 20 page until May 31. Interested players would need to sign up for the “Arkane Outsiders” mailing list. Once done, the game will automatically add to the player’s Bethesda.net game library.

Jennifer Aniston allegedly doubts she could get back together with Brad...