In reaction to the Fed announcement this week, the majority of the markets in the Asia Pacific region fell while NetEase surged in their Hong Kong debut.

With the announcement of the U.S. Federal Reserve to keep its interest rates near zero through 2022, the markets over in Asia weren’t very welcoming with the sentiment.

Shares in Australia plunged becoming the biggest loser for today with the S&P/ASX 200 dropping 3.05% while Japan’s Nikkei 225 fell 2.82%.

As for China’s Shanghai Composite and South Korea’s Kospi, both barely changed shedding 0.78% and 0.86% respectively.

NetEase making a stellar debut in the Hong Kong markets

While Initial Public Offerings (IPOs) are becoming a trend recently, with Warner Music taking the lead in the U.S., it looks like China is catching up.

With the ongoing tensions of the U.S. and China, NetEase placed its listing to Hong Kong’s stock exchange and did well on its June 11 debut, closing 6% above its IPO price of HK$123 [AU$ 22.96] per share.

NetEase stock opened positively during its trading day, briefly reaching up to HK$135 on its first hour of trading. 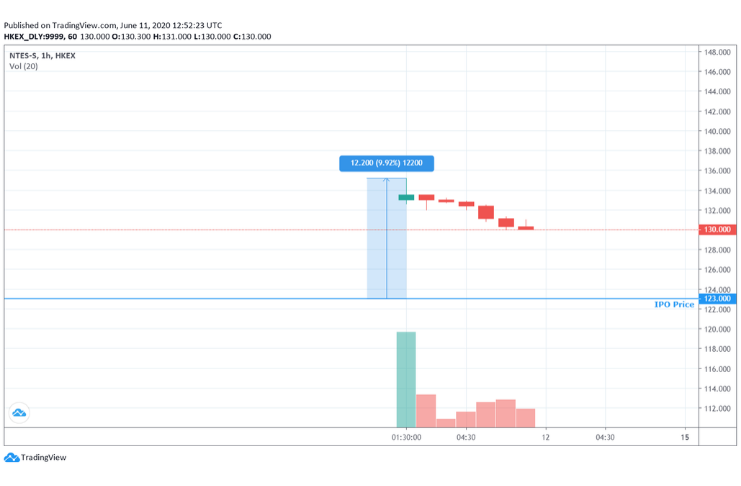 With the success of its recent game projects, it looks like it’s reflecting on its performance in the stock market.

Analysts banking on the struggling U.S. economy and currency

With NetEase weathering the storm in today’s trading day over the Asia Pacific region, it looks like some experts over CNBC are seeing the strains in the U.S. economy.

“We think the Fed is gonna keep their foot on the gas until the jobs come back, and there’s a lot of jobs to come back,” Gareth Nicholson, head of fixed income at Bank of Singapore, told CNBC’s Street Signs.

In addition, Nicholson also thinks that the Fed is focusing more on the economy rather than the markets particularly at the unemployment rate which is at record levels.

Meanwhile, economists at Commonwealth Bank of Australia wrote in a note that the Federal Open Market Committee (FOMC) decisions not affect their views for the U.S. dollar. In fact, they expect the USD to “continue along its depreciating path, consistent with a recovery in the world economy.”

With the Dow Jones showing signs of its downfall this week, investors shall see what’s in store in the Asian markets before the trading week concludes.