An asteroid that’s just a little bit larger than the Richmond Raceway in Virginia is set to fly by later this week—and it’s wearing a mask.

According to a press release from the University of Central Florida’s National Science Foundation dated last April 23, asteroid 52768 (1998 OR2) will be skimming past the earth this Wednesday, April 29.

It will reportedly occur at 5:56 a.m. ET, per NASA’s Center for Near-Earth Object Studies (via CNN). The object poses no threat to the planet and is currently being observed by the foundation for the purposes of data analysis.

What piqued the interest of the scientists at the Arecibo Observatory about 1998 OR2 was the fact that it looked like it was wearing a mask. A radio image of the asteroid presents features that look like a face mask with ear loops which can be found at the head of the object.

Anne Virkki, the observatory’s planetary radar head, said that “the small-scale topographic features such as hills and ridges on one end of asteroid 1998 OR2 are fascinating scientifically.”

“But since we are all thinking about Covid-19, these features make it look like 1998 OR2 remembered to wear a mask,” she added. 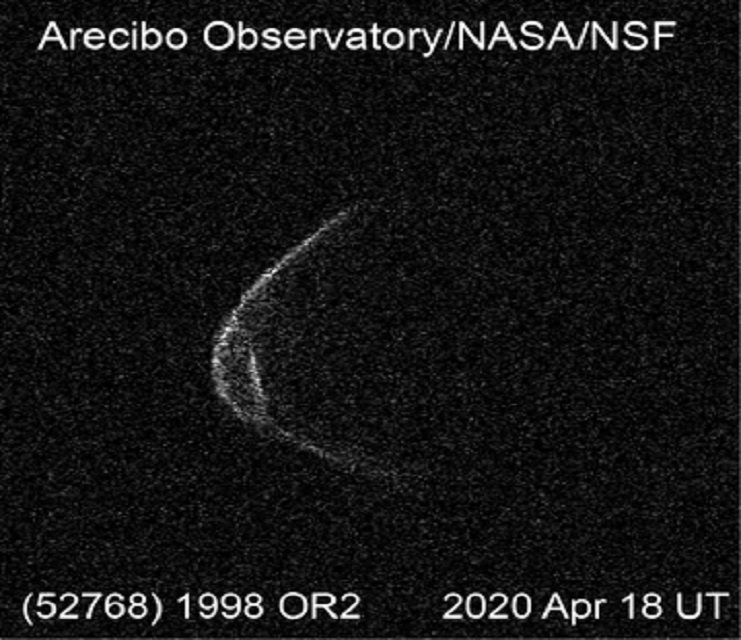 The asteroid is classified as a potentially hazardous object (PHO). This classification is usually given to stellar objects that can pose a threat to the safety of the planet.

These are usually asteroids that are at least 150 meters in diameter and travel within the 5 million-mile region around the orbit of the earth. An impact from these PHOs at a fast enough velocity can lead to catastrophic results for the earth.

1998 OR2 is well within those parameters, since it has a 2-kilometer diameter, and will be passing just a few hundred thousand miles shy of 4 million miles from the earth on April 29. The distance between OR2 and the earth is still wider than the distance between the earth and the moon, so that means the planet is safe for the meantime.

However, the Arecibo Observatory is monitoring and cataloging data from every PHO flyby in order to properly assess the threat level of potential future approaches. OR2, for example, will be passing through once again in 2079, according to the Huffington Post

And this time, it will be closer to the planet than it will be this year.

Research scientist at the observatory Flaviane Venditti says that the data captured this month will be instrumental in the future. “The radar measurements allow us to know more precisely where the asteroid will be in the future, including its future close approaches to Earth,” she said.

Threat level aside, the mask-wearing characteristics of OR2 makes it appear as if the asteroid is aware of the plight the planet is currently going through and is wearing a mask as a form solidarity gesture.

This is in light of the global coronavirus pandemic, which has effectively slowed down economies worldwide and has led to governments enforcing strict protocols designed to mitigate the spread of the virus. Among these is the wearing of face masks in public in order to prevent individuals from infecting other people around them.

While the odds of OR2 spreading the virus even further are pretty slim, it’s pretty comforting to know that the asteroid is seemingly empathizing with the earth— with its mask-wearing form and moderately distancing itself from the planet.