An Australian company has a patent over crypto rewards programs worldwide – attracting the attention of one of the world’s biggest brands.

Rewards4Earth co-founder David Jenkins said the company is in the final stages of negotiations with one of the world’s top five brands, who approached them after learning of the patent while designing its own crypto rewards program.

“It’s a general condition that you are not allowed to use blockchain in rewards program,” said co-founder David Jenkins.

“What I can see happening – or what we were hoping will happen – is that if an airline for example wants to do that, they’ll come to us and basically integrate ours.

“I think the IP [intellectual property] and the patent are the most valuable assets we have right now.” 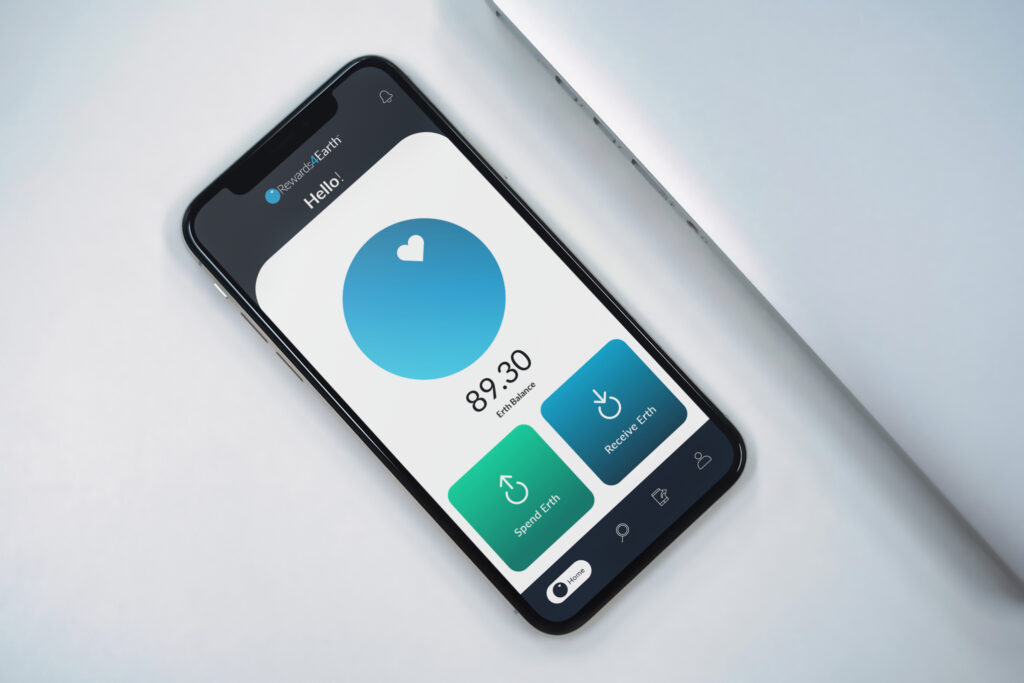 The Rewards4Earth program, which is being trialed this month by 150 franchises in the James Home Services group, provides users with a cryptocurrency called ERTH instead of rewards points.

Unlike other reward programs, users can trade ERTH for other currencies, or use it to secure discounted goods and services with other businesses in the Rewards4Earth network.

They are far from the first cryptocurrency based rewards project.

In Australia these include the now defunct EZtoken, as well as Incent, which began as a broad consumer rewards program, but now markets itself as a way to reward viewers of video and live streamed content.

Formerly known as Rewards4U, the program now includes a donation to environmental charities equal in value to the amount provided to the consumer.

The rebrand was prompted by the multinational, which intends to use its rewards program to help clean up plastic from the world’s oceans.

“The US partner is one of top five brands in the world, they’re in every country in the world and want to help to clean up the oceans of plastic,” he said.

“We need to run a trial to show them they technology works but we can’t see why they wouldn’t take it on board worldwide and with their marketing behind it, it could be really huge.”

Before anything like that can happen, the ERTH token needs to receive a determination from the US Securities and Exchange Commission that it is not a security.

They’ve been pursuing this actively for the past four months and have sought assistance from the lawyers acting in the Telegram GRAM token sale case.

“We believe we will get an exemption,” he said.

“We are not encouraging speculation. We have 80 points where we believe it is not a security and the token will be used in the ecosystem for the purpose it was designed.”

A non profit, registered charity called the Rewards4Earth Foundation has been set up to distribute donations to charities involved in the ocean clean up, reforestation, renewable energy, endangered species and bushfire relief.

“Any product or service can be bought with a proportion going back to the planet,” he said.

“The intention is for the business to fund the administration of the charity, so that 100% can go to those causes.”

Businesses will set the amount of rewards provided, but as an example, if a business set the level at 10% then is someone buys a product for $100, $5 of ERTH will be provided to the consumer and $5 given to charity.

One of the world’s best loved environmentalist TV presenters has sent Rewards4Earth a handwritten letter of congratulations on the ambitious scheme, which they’ve framed and hung in the office (they cannot be named for contractual reasons).

The ERTH token is due to begin trading within the week o the P2PB2B digital currency exchange – although Jenkins stressed numerous times that the token is not to be seen as a speculative asset.

He said it’s only being traded in order to set a market price. ERTH could not be a stablecoin and operate globally due to the fluctuations between different currencies.

If the SEC gives them an exemption, he said they intend to list on Bittrex in the US.

Rewards4Earth is also an AUSTRAC registered digital currency exchange and will sell ERTH tokens to businesses.

Jenkins said they chose the NEM blockchain because it allows for ‘Visa and Mastercard’ style  transactions per second. “Transactions will go through in 1-3 seconds,” he said.

Rewards4Earth was privately funded and did not hold an ICO or IEO. The team has been allocated 9 million out of the 100 million total supply of ERTH tokens.

iPhone 13: How much will it probably cost

‘The Dogefather’ Elon Musk fails to bring DOGE to “the moon”

‘Overlord’ Season 4, Movie: Everything You Need To Know

‘The Killer of the Reincarnated: Cheat Slayer’: Homura Kawamoto to release...