An Aussie ex-pat has vowed never to return after customs officials forced him to provide access to devices with intimate videos of his partner on them.

A furious ‘Callan’ (not his real name) said the gross invasion of privacy had been carried out on his arrival at Adelaide Airport from Kuala Lumpur.

New encryption laws mean that failing to hand over passwords to encrypted devices leaves individuals not suspected of any crime liable for fines of $50,000 or up to five years in jail.

“To be stripped of my basic rights, to be treated as a criminal and as though I had something to hide, is absolutely disgusting,” he said.

“To be quite open, I would have preferred to have been strip searched than to be humiliated in such a way.”

“My relationship has basically been destroyed as a result of this and I am now seeking employment permanently outside Australia because I never want to be subjected to this ever again,” Callan said.

Best selling author and Let’s Talk Bitcoin podcaster Andreas M Antonopoulos recently cancelled his trip to Australia due to fears over the laws.

Searches do not need to have a justification – officials can literally ask anyone.

Callan said he’d been selected for a random bag check.

He handed over his bags and answered a few questions when a female customs officer appeared and took his phone and told him to”surrender any digital devices and to write any relevant passwords on a piece of paper.”

When Callan laughed and asked why they said he must be hiding something and “they would exercise their right to detain me if I didn’t comply.”

“I informed the female customs officer that I have intimate material of my partner on my phone, and that I would be breaking her trust, (as well as several privacy laws) by giving anyone access to those files.”

He asked to call a solicitor but they pointed at signs saying the use of a mobile device in a customs area was prohibited and punishable with a $5000 fine.

Callan reluctantly handed over his device and passwords and said he didn’t get a clear answer on whether any material was copied.

“All of my crypto wallets and accounts stored within my phone were compromised as well as any email applications. I don’t know if anything was installed on my phone either.” 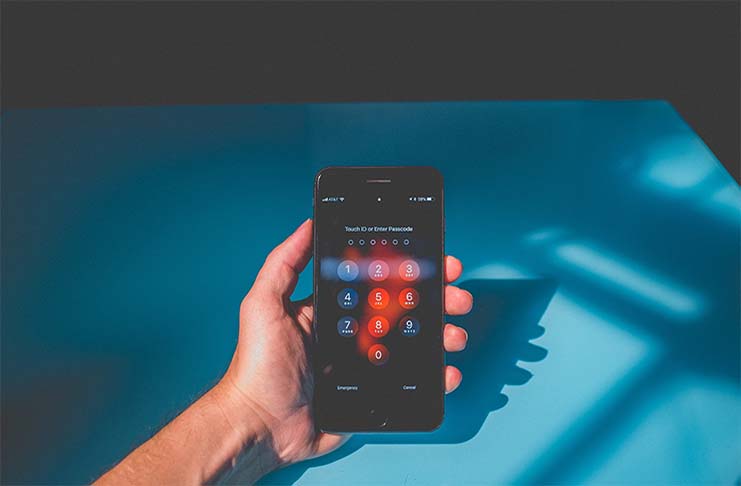 Callan agreed to an interview a few weeks ago in the aftermath of the event but asked Micky to hold publication until “I am safely back home with my son” as he was concerned he could be victimised or even inadvertently break the law.

“I am unsure of what my rights even are. I don’t even know if I’m allowed to speak about it,” he said.

But Callan did want to speak out to draw attention to “a very important issue that needs to be addressed not just by the crypto community. It literally affects everyone going in and out of Australia.”

He was particularly appalled about the invasion of privacy by officials looking at intimate videos of him and his partner.

“I feel as though I have been forced to sexually expose my partner,” he said.

“My relationship is almost certainly going to end as a result of this and I have had to tell my partner exactly what happened. I was forced to betray her trust.

“I am probably not returning to Australia after this.”