Sucker Punch Studio has been keeping a tight lid about Ghost of Tsushima, leaving everyone to worry about the title’s release date. However, it appears that everything is on track if the new Australian rating of the game is anything to go by.

Ghost of Tsushima has been rated Mature15+ for Australian audiences, which didn’t come as a surprise for anyone who’s been keeping tabs about the much-anticipated title. It was clear from the first trailer that violence, gore, and strong themes will be heavily highlighted by the upcoming RPG.

The classification rated the game’s themes and violence as Mature15+, while language and nudity got categorized as “mild impact” and “very mild impact,” respectively. Meanwhile, sex and drug use were labeled as none.

A sight of relief

This latest update – sort of – about the game has further allayed the fears of the gaming community that Ghost of Tsushima has been delayed by the unfolding pandemic. These fears aren’t unfounded, given that The Last of Us Part 2 has already been pushed back.

Hopefully, Sucker Punch’s latest entry will provide the much-needed entertainment for people who are isolating themselves to flat out the curve. There’s a lot of high expectations surrounding Ghost of Tsushima thanks to the hype generated by the various trailers that have been released.

From what has been revealed, the game appears ready to deliver on graphics, gameplay, combat, and narrative all at once. It will also cater to a vast range of players, from casual gamers to those who are neck-deep in the masocore sub-genre.

Ghost of Tsushima will “wreck” veterans 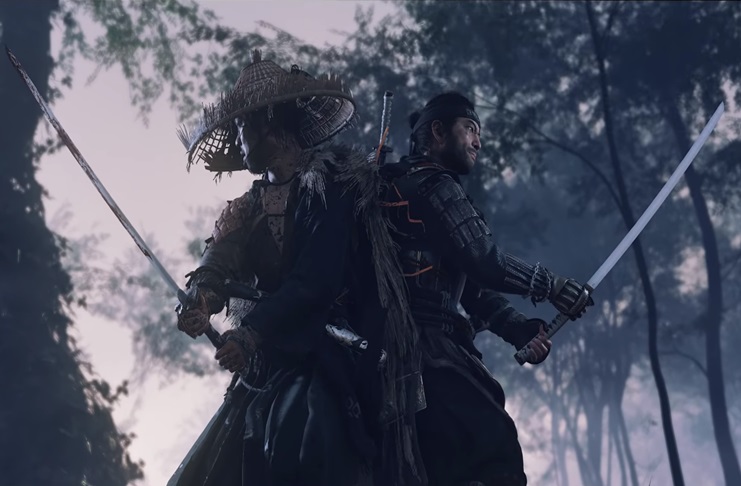 Sucker Punch co-founder Chris Zimmerman previously told Wccftech that they’ve developed the game to accommodate a large portion of the gaming community. And for those who are worried that the game’s difficulty may have been toned down for the sake of the casuals, Zimmerman assures that the veterans will have their fill and then some.

As for system compatibility, Ghost of Tsushima will be a PlayStation exclusive specifically optimized for the current generation. It remains uncertain, however, if the game will be tweaked to take advantage of PlayStation 5’s hardware.