Home Entertainment ‘Avatar 2’ plot, trailer, director and everything we know so far

After ten years in the making, the release of Avatar 2  is still more than a year away. Here is everything we know about this blockbuster in the making.

Producer-director James Cameron had his worries about sequels one and two of not making enough money after its release. But, after Marvel’s The Avengers: Endgame dethroned Avatar, it is enough proof that moviegoers will be there for the next sequel of the film.

“Avengers: Endgame is demonstrable proof that people will still go to movie theatres, The thing that scared me most about making Avatar 2 and Avatar 3 was that the market might have shifted so much that it simply was no longer possible to get people that excited about going and sitting in a dark room with a bunch of strangers to watch something”

The film reigned over the box office record for 10 years, with a $2.7897 billion payout. The epic adventure ended its dominance when the Avengers: Endgame made a $2.7902 billion benchmark.

Pandora: after 12 years with Jake Sully

It’s been 12 years with the Na’vi tribe as Jake Sully, played by Sam Worthington, explored the expanse of Pandora, had a family with Neytiri, and made alliances through the Metkayina free-diving clan led by Tonowari.

But the Resource Development Administration (R.D.A.) invades Pandora once again to continue what they started, mine the planet for its resources.

The sci-fi adventure pushed back its release from December 2020 to December 17, 2021. Avatar sequels will follow every other year up through 2027, meaning that Avatar 4 and 5 are in the works.

Like several other highly anticipated box office hits, Avatar’s re-scheduled release date is the result of the ongoing coronavirus pandemic. 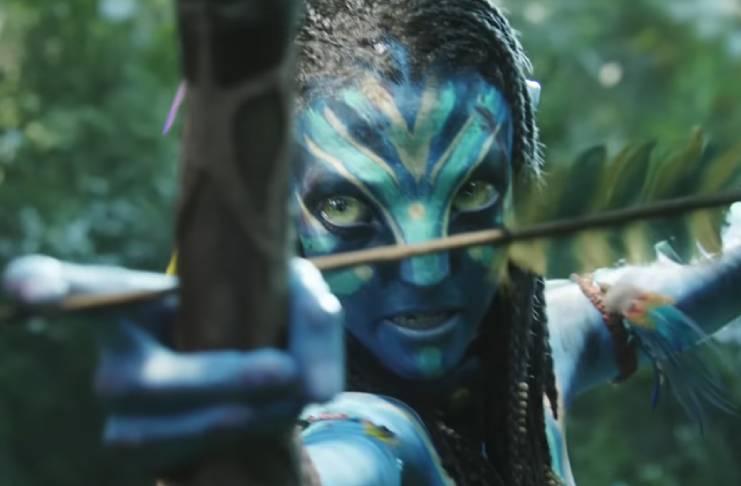 Avatar is now part of the Disney Empire

Disney acquired Fox for $71.3 billion, making Avatar part of its expanding empire. The Buena Vista company now has seven of the top 10 highest-earning films under its umbrella.

The Disney-Fox takeover did not affect production the way an acquisition affected other movies. The core cast is still in contract with Zoe Saldana as Neytiri, the high priestess with Sam Worthington playing Jack Sully, the human turned Na’vi is now the chieftain of the tribe.

Bad guy Steven Lang as villain Col.Mike Quaritch and Aliens Sigourney Weaver are still on the set. C.C.H. Pounder is also back as Neyfiri’s mom and spiritual leader of the Na’vi as Mo’at and Corporal Lyle Wainfleet (DareDevil) will return in the second sequel.

The addition of Kate Winslet as Ronal in the Avatar world marks her first team-up with Cameron their 1997 blockbuster hit Titanic. Cameron said that he and Winslet were looking for something to do together after Titanic so this is a nice reunion for the pair.

Star Trek’s Michelle Yeoh plays Dr. Karina Mogue in the film, while Fast and Furious’ Vin Diesel is on board Avatar 2 too.

“Each movie is a standalone movie that we would wanna go see. You don’t need to have seen the first Avatar to see Avatar 2. It sits there and we’re gonna take people on a visual and an emotional journey that comes to its own conclusion.”

The director-producer of this film vowed that the effects and graphics of the movie will be on an advanced plane audience will fail to imagine. Cameron promised an Avatar 3 if the second sequel will be a success.