Home Entertainment ‘Avatar: The Last Airbender’ knocked out ‘Dead To Me’ from number one... 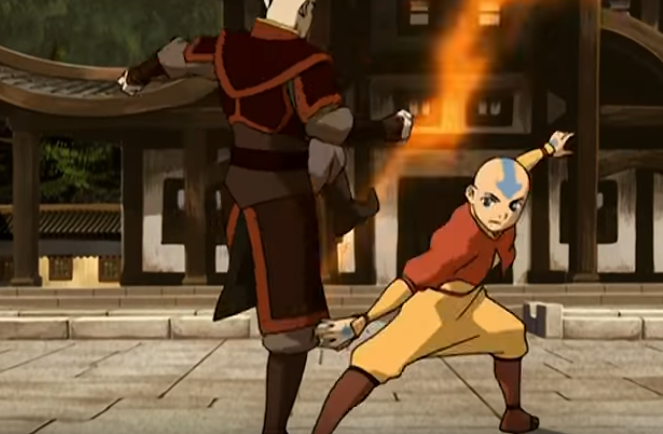 Nickelodeon’s original series, Avatar: The Last Airbender recently aired on Netflix US. Furthermore, the series is currently enjoying its top one rank and the most popular show on Netflix US.

Avatar: The Last Airbender reached the number one spot after a few days of airing. For three days now, starting on May 19, the series continues to hit the number 1 spot. Fans have anticipated for the series to air on Netflix.

The giant streaming site picked up the series and initially aired on May 15. Avatar: The Last Airbender premiered in Nickelodeon in 2005. Although the series is a little bit old, its popularity continues to surge even today.

Avatar: The Last Airbender Knocked out Dead To Me

It’s interesting to note that the animated series knocked out Dead To Me from its number one spot. Dead To Me has consistently seated on top not only on the US list but also on other regions. The dark comedy-drama stayed on top from the moment of its release date on May 8.

all the fight scenes in avatar the last airbender are unmatched pic.twitter.com/aQWSKVL1Q6

However, Netflix has also wondered why the series is not popular in other regions. Despite the lack of viewers in other regions, the animated series seems to be in a good place.

Currently, the series is airing on the following countries,

Avatar is on Netflix, but the Legend of Korra is better ???? pic.twitter.com/tF73EOD9Ct

Furthermore, a sequel for the Avatar: The Last Airbender might also call Netflix’s attention to develop a plot of the older Ang, Katara, Zuko, Toph, and Sokka.

However, there is no confirmed information on whether Netflix will order The Legend of Korra anytime soon.

It appears that the giant streaming platform has invested so much on Avatar: The Last Airbender. While acquiring the license from Nickelodeon, it will also develop the live-action series.

The live-action series will remake will follow the plot of the animated version. The story follows the adventures of Ang, the last airbender.  Four nations use their power to bend the elements of water, air, earth, and fire.

The Water Tribe, the Air Nomads, The Earth Kingdom live peacefully until the Fire Nation took control. At the moment, there is no information on the cast, release date, and plot of the live-action series. In the meantime, fans will enjoy the animated series on Netflix.

Image Courtesy Of Avatar: The Last Airbender/Youtube Screenshot
Micky is a news site and does not provide trading, investing, or other financial advice. By using this website, you affirm that you have read and agree to abide by our Terms and Conditions.
Micky readers - you can get a 10% discount on trading fees on FTX and Binance when you sign up using the links above.