For fans of role-playing games akin to Dungeons and Dragons, Baldur’s Gate 3 is definitely shaping up to be one of the best RPG games in 2020. The gameplay reveal held at PAX East 2020 by the game’s developer, Larian Studios, showcased overwhelming freedom and depth of the game that fans of the original game and newcomers alike will surely love.

The game promises a mix of modern and classic PC RPG experience with rules based on the 5th edition of Dungeons and Dragons. This makes D&D players feel at home and at ease on their first try of the game. But the comfortable feeling is not exclusive to D&D players – casual and seasoned gamers who want to try another RPG game will surely get the hang of it as soon as they explore the game.

Thank you to everyone who came by our booth over the past few days at #PAXEast! It was a pleasure to finally share what we have been working on with so many people! And a huge shout out to our wonderful Volunteer Squad, you are amazing! pic.twitter.com/mY5PlcdrRZ

Overall, the reception towards the game is mostly positive but there are some who commented that real-time combat is the better option.

Baldur’s Gate 3 adapted a turn-based combat system. This might turn off some gamers who prefer real-time combat. However, this allows the game to have much more creativity in terms of fighting. 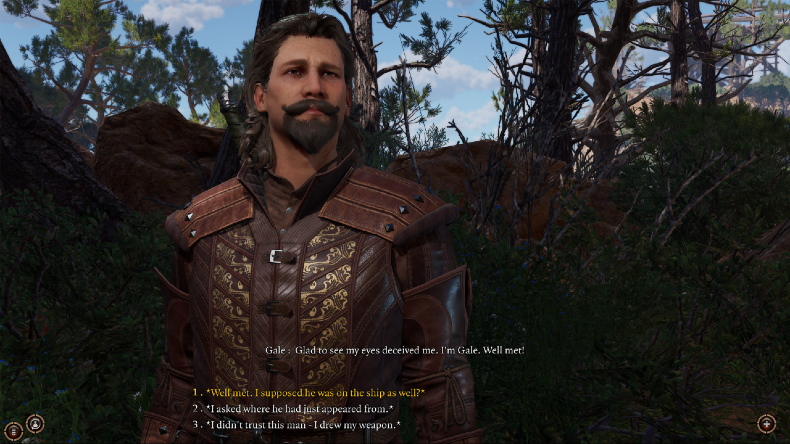 Each character takes turns to make their move, thus allowing for more options for attack, defense and use of powers. It might be bothersome for longer battles with lots of characters to control, though.

The gameplay reveal at PAX East did not go smoothly, which is actually a good thing since audiences were able to see the actual game in a non-controlled scenario.

Swen Vincke, the founder of Larian and director of BG3, led the game’s demo. Luck was not on his side at that time as he failed most of the dice rolls, power-ups, skill checks, and sneaks.

Man, the Baldur’s Gate 3 reveal was a hilarious shitshow of bugs and critical failures that I honestly believe perfectly encapsulates exactly what it feels like to play D&D. I cannot wait to play this game! #BaldursGate3

Unlike other gameplay reveals within a controlled setting, this brings authenticity to what the players should expect within the game. It is also a win for Larian Studios, as they have learned firsthand what needs to be polished before the release of the game.

Vincke highlighted that there is no wrong way of playing the game and they developed BG3 to make sure that it suits every player in the industry.

“In general, if you experiment and you find the game rewards you for that, you keep on doing it. And so we just try to be very generous to you by putting lots of things in there,” he said.

Initial reception: the hype is on for Baldur’s Gate 3

Looking at the bright side, Larian brought us Divinity: Original Sin 2, which is a great game as well. Because of that, there is no better option than Vincke and his team to resurrect the Baldur’s Gate game franchise.

Based on the gameplay we’ve seen and the things discussed during the reveal, BG3 will provide a wide variety of choices that is tailor-made to every player.

Baldur’s Gate 3 is still a work in progress, but it has the potential to be the next Skyrim and to set a new standard when it comes to PC RPG. The only thing that is hindering the waiting audience now is the release date.

As of the moment, there is no clear date when the early access on Steam will begin. It might be in a couple of months, the last quarter of the year, or early next year.

One thing is for sure, though: the hype is already on for one of the most anticipated RPG games of the year.

As international students start trickling back, the new year will be...