With the ongoing coronavirus (COVID-19) pandemic putting countries around the world on lockdown, economic sentiment continues to weaken and tensions in the global stock market increase. Meanwhile, investors are observing gold and oil price movements despite the price war.

In a note to its clients yesterday, the Bank of America’s economist Michelle Meyer warns investors:

“We are officially declaring that the economy has fallen into a recession […] Jobs will be lost, wealth will be destroyed and confidence depressed.”

Meyer also added that the plunge is “deep” and that the economy is forecasted to “collapse” in the second quarter by 12%, with the GDP expected to reduce by 0.8%

The firm used the labor market as a gauge to understand the recession’s impact on the U.S. economy.

According to Bank of America, the unemployment rate is expected to double at around 1 million for each month of the second quarter – totaling to 3.5 million.

In addition, according to a report made by the International Labor Organization (ILO), they have estimated an unemployment rate of around 5.3 million to 24.7 million. 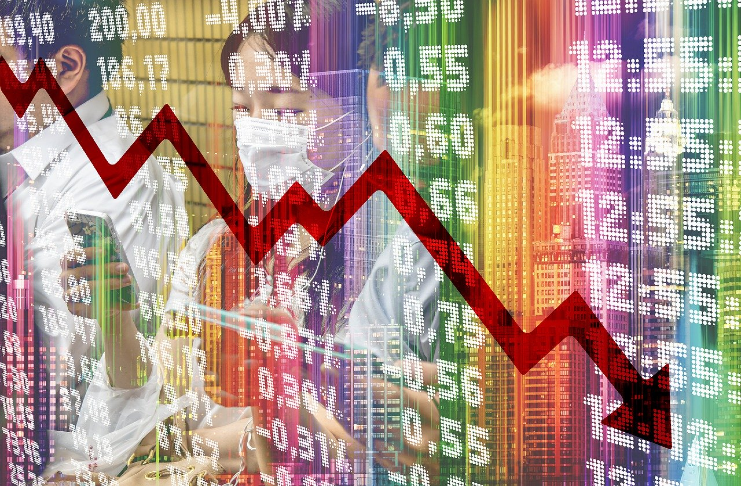 ILO director-general Guy Ryder said in a statement that the pandemic is no longer just a global health crisis but also “a major labor market and economic crisis.”

However, Meyer added that while the situation may only get worse, the economic nosedive may be short-lived. The Bank of America expects a trough in April, followed by a “very slow return to growth” by July.

Meanwhile, gold is projected to fall next week despite the relief rally. According to John Sharma, an economist of the National Australia Bank:

“Gold continues to maintain its safe-haven properties, and has been performing better than other commodities […] However, with deep fears of an impending coronavirus-induced recession, investors are flocking to cash, treasuries and the dollar, and shedding some gold holdings to cover margin calls.”

Gold’s current price reactions may also be due to the stimulus packages being deployed by the other countries aside from the U.S.

Oil began to rally on March 18 despite the ongoing price war between Saudi Arabia and Russia. The two countries have reached a disagreement because China, their biggest importer of oil, withdrew their tankers due to the coronavirus and Riyadh’s proposal to cut oil supplies by 1.5 million barrels a day.

However, U.S. President Donald Trump has hinted that he may intervene. Part of the United States’ plans is to buy oil for its emergency stockpile, while Texas is considering to shorten their oil production.

According to Jeffrey Currie, an oil analyst at Goldman Sachs: “Such actions, if implemented, would reduce global and domestic supplies and help support prices in the near-term.”

However, he also countered that the accompanying supply cuts are “much too small to offset” the current demand of oil amid the pandemic.

The current oil price is now at approximately US$22 [$AU38] as of this writing.

As for Bitcoin, it surprisingly rallied around 16% in 24 hours after its massive selldown for the past two weeks. The previous selldown was caused by the drop in oil prices.

The status of Bitcoin as an alternative safe-haven asset is still uncertain, as price also reacted negatively as global equity markets dropped.

How To Rule Out The Most Ideal Online Casino

Why SiGMA CIS/Balkans: Your gateway into the future of iGaming