According to Globe, the ex-POTUS is furious at Malia for agreeing to marry her British boyfriend.

Barack’s negative feelings about Britain is, reportedly, one of the reasons why he’s not happy about his daughter’s engagement.

A source told the tabloid that the former president of the United States confronted Malia about her recent engagement.

He, allegedly, told the 21-year-old that he’s not paying for her elegant English wedding.

Barack is, reportedly, thinking about not walking Malia down the aisle because he’s incensed by her decision to get married soon.

They said that Barack and Michelle make fun of Malia’s fiancé’s educational background.

But just a month ago, the same tabloid alleged that the ex-FLOTUS met Farquharson and she likes him.

The rumor-debunking site, Gossip Cop busted the tabloid’s fabricated claims by saying that they are all incorrect.

As such, there is no way for Barack to have reacted negatively to his daughter’s rumored engagement. 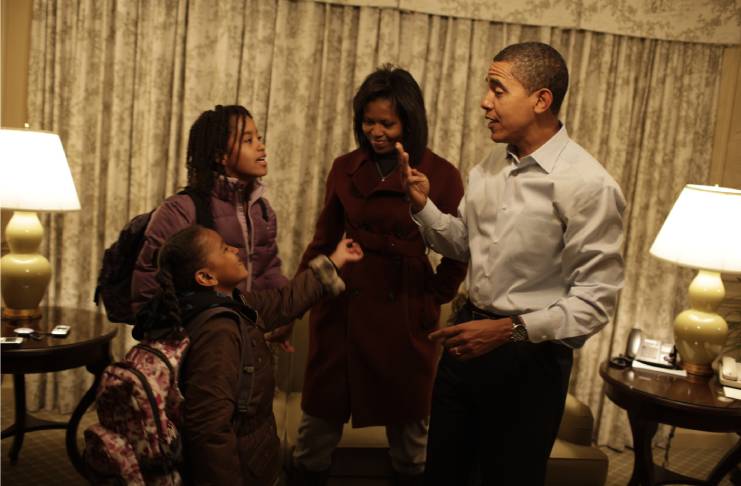 This isn’t also the first time that Malia is rumored to have gotten engaged to her boyfriend.

Three weeks ago, Globe also alleged that the couple called off their plans to tie the knot.

The former first daughter allegedly called the engagement off due to Farguharson’s cheating.

The source also told the tabloid that Barack couldn’t be happier that his daughter’s relationship with Farquharson is over.

However, the allegations made against Barack, Malia, and Farquharson are untrue. Malia and her boyfriend are still together.

However, they have been spending time apart due to the coronavirus pandemic.

Michelle revealed that Malia and Sasha are back at home during her recent conversation with Ellen DeGeneres.

Months ago, Michelle seemed very pleased that her daughters were already out of the house and she told the Ellen Show host all about it.

“I know! I shouldn’t have boasted about that. The gods were getting me back,” Michelle said.

The ex-FLOTUS also said that she, Barack, and their daughters are trying to restructure their days while on lockdown.

Malia and Sasha are attending online classes, which means that they spend most of their time in their respective bedrooms.