According to Express, Donald Trump is quite sensitive about the size of his hands. And some eagle-eyed critics said that the hands of the POTUS are small for his height.

Since Melania Trump’s only son is already taller than his dad, the publication said that it’s possible that Barron’s hands are also bigger.

“This would likely be hugely uncomfortable for Mr. Trump, given his historical sensitivity on the subject,” the publication said.

In 1988, the former editor of Vanity Fair, Graydon Carter described the POTUS as a short-fingered vulgarian. Since then, Trump has regarded the subject as delicate.

Years after Carter tried to drive Trump a little crazy, he revealed that he was still getting envelopes from the dad of five in which he tries to prove that his hands are not that short.

“To this day, I received the occasional envelope from Trump. There is always a photo of him ‒ generally a tear sheet from a magazine. On all of them, he has circled his hands in gold sharpie in a valiant effort to highlight the length of his fingers. I almost feel sorry for the poor fellow because, to me, the fingers still look abnormally stubby,” Carter said in 2015.

The former magazine editor said that there was another package from Trump that arrived earlier that year. The magazine included his circled hands with the words “see, not so short!” Carter replied to the POTUS saying, “actually, quite short.” 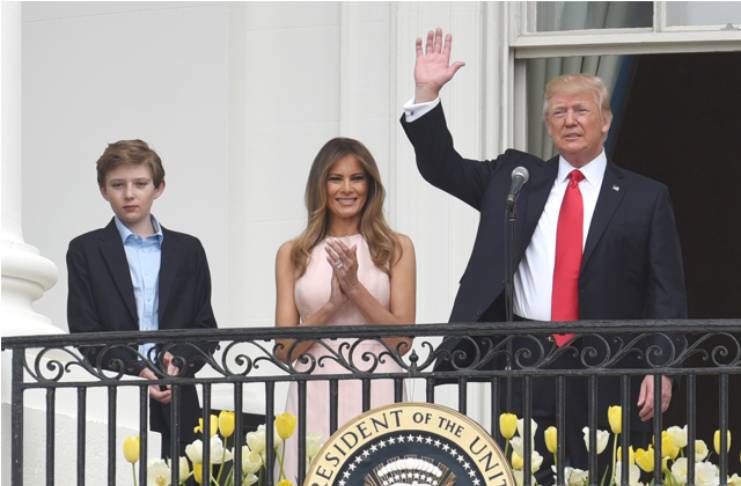 POTUS’s critics make fun of him

Rubio said that he doesn’t understand why the size of the president’s hands is for someone who is much shorter. Oliver also called Trump’s sensitivity over the size of his hands hilarious.

“Have you seen his hands? And you know what they say about men with small hands…. You can’t trust them,” he said.

Rubio also described Trump’s fingers as “cocktail sausage fingers” and said that they are tiny.

Shortly after he heard Rubio’s comments, Trump defended himself during a rally in Detroit. He claimed that his hands can hit a golf ball 285 yards.

“Look at those hands. Are they small hands? And he referred to my hands ‒ if they are small, something else must be small. I guarantee you there is no problem. I guarantee you,” Trump said.