Sphero, which manufactures educational robot toys, including Disney’s BB-8 toy, has confirmed that it will launch a new startup to develop robotics to be used by law enforcement and military clients, among many others.

According to the official press release, the robotics startup will be an independent business entity that will manufacture and sell intelligent robots, as well as AI-driven software platforms, to police and military defense agencies, first responder organizations, and those working in hazardous occupations.

Sphero posted the press release on its official blog, while also taking the opportunity to share the same announcement through its official Twitter page.

Sphero Announces Spin-Out of Company Six, a Startup Focused on Robotic Systems for those with Dangerous Jobs https://t.co/tyKgmXAKO4

From educational to tactical

Sphero specializes in designing and creating consumer robotics for recreational and educational purposes.

But half a decade ago, the toy maker company had hit pay dirt when it had landed a deal to manufacture the toy version of the BB-8 droid.

This robot famously broke into the mainstream after the release of Disney’s Star Wars: The Force Awakens back in 2015, wherein the BB-8 droid provided some light moments alongside Jedi-Knight-to-be Rey (played by Daisy Ridley) and defecting stormtrooper Finn (John Boyega).

Fast forward to 2020, Sphero is now expanding its repertoire from educational toys to intelligent robotics that can provide assistance for cops, armed forces, and first responders. 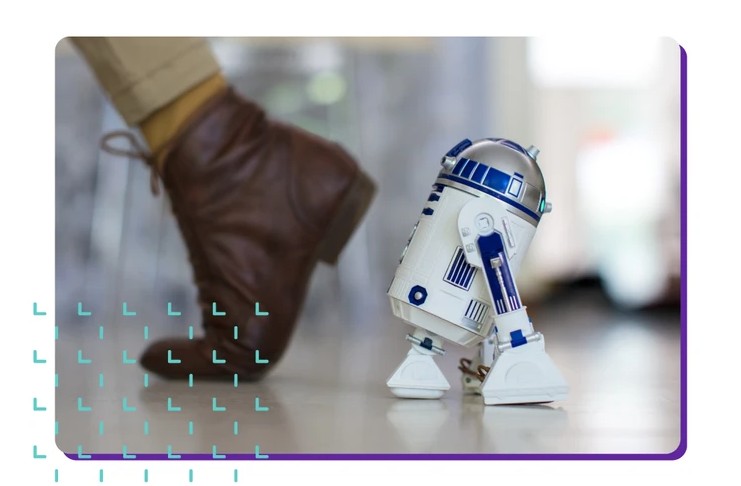 The new startup is officially called Company Six (or CO6), and technically speaking, it’s not an entirely new venture. Per the press release, CO6 started out as the Public Safety Division of Sphero.

With the launch of the startup, the company is also making some significant changes to its organizational structure.

Previously the COO of Sphero, Jim Booth now serves as the CEO of CO6. The former CEO of Sphero, Paul Berberian, is now the Chairman of both CO6 and Sphero. Meanwhile, Sphero has appointed a new CEO in the person of Paul Copioli.

Booth and Berberian are in unique positions to lead CO6, considering both have extensive backgrounds serving in the military in the past.

Moving on from Star Wars

There’s no denying that the licensing deal that Sphero struck with Disney to manufacture BB-8 and R2-D2 toys pretty much gave the robotics company a boost.

In 2018, however, Sphero had since seen its licensing deal with the entertainment giant run out, prompting it to focus on other ventures.

In the last couple of years, the company has put its focus on manufacturing educational robotic toys for STEM, the most notable of which is the RVR.

On top of the hardware, the startup will also put its expertise and knowledge to the test in developing software applications that can provide support during critical situations and emergencies.