Months later, she is sharing her experience on what it’s really like to be on the hit talk show.

During an interview with &C magazine (via Us Weekly), Nikkie, whose real name is Nikkie de Jager, said that she was expecting different treatment from the one she received on the Ellen Show.

“Maybe I’m being naive, but I expected them to welcome me with confetti: ‘Welcome to The Ellen DeGeneres Show!’ But instead, I got greeted by an angry intern, who was a bit overworked. I expected a Disney show, but I got a Teletubbies after dark,” she said.

Nikkie also revealed that she didn’t get her own private bathroom just like all the other guests on the show.

The YouTuber also said that a lot of her family and friends were expecting to see more of her interview with host Ellen DeGeneres.

As such, the beauty vlogger couldn’t help but think that she should’ve just gone on a different show.

Towards the end of the interview, she encouraged other people to not meet their idols because meeting DeGeneres was such a huge disappointment. 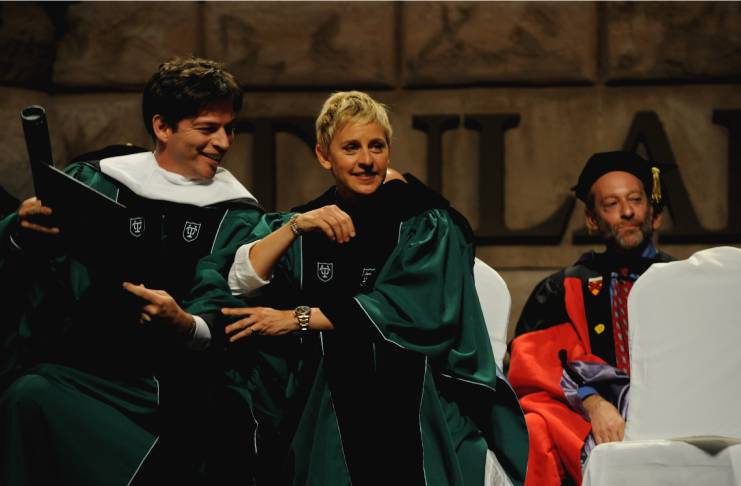 Last month, Nikkie also lashed out at the DeGeneres by calling her distant and cold.

During her interview with BuzzFeed News, Nikkie said that DeGeneres didn’t go out of her dressing room to say hi to her before their interview.

The beauty vlogger added that while it’s still an honor to have been on the Ellen Show, the experience wasn’t as nice as she thought it would be.

Nikkie told the entire world that she’s a transgender while she’s on DeGeneres’ show.

She also discussed some of her past struggles after someone tried to blackmail her into coming out.

According to Nikkie, she decided to tell the world that she’s a transgender so she could take the power away from the person who’s blackmailing her.

Nikkie also talked about the support and love that she has been receiving from her family, especially her mom.

Nikkie waited before making any drastic decisions after visiting a doctor to see what was going on with her.

At that time, the YouTuber told her mom that she wants to start wearing girls’ clothes. Immediately after, her mom allowed her to follow her heart.