Ben Affleck has allegedly asked for Ana de Armas’ hand in marriage after just a few months of dating.

According to OK! magazine, Ben Affleck proposed to de Armas shortly after they vacationed in Costa Rica. The tabloid is convinced that the couple’s wedding is happening soon after de Armas wore an engagement-style ring on her finger.

A source also told the tabloid that it is likely for Affleck and de Armas to keep their engagement a secret for now. But according to the rumor-debunking site, Gossip Cop there is no truth to the claims.

Affleck hasn’t proposed to de Armas, and it seems too early for the couple to be talking about marriage. While it is true that de Armas was wearing a ring on her finger recently, it is important to note that the accessory was on her middle finger.

The tabloid also questioned the tabloid’s claim about the couple keeping their engagement low-key. If Affleck and de Armas want to keep things private, it is unlikely for any publication to know about their engagement. 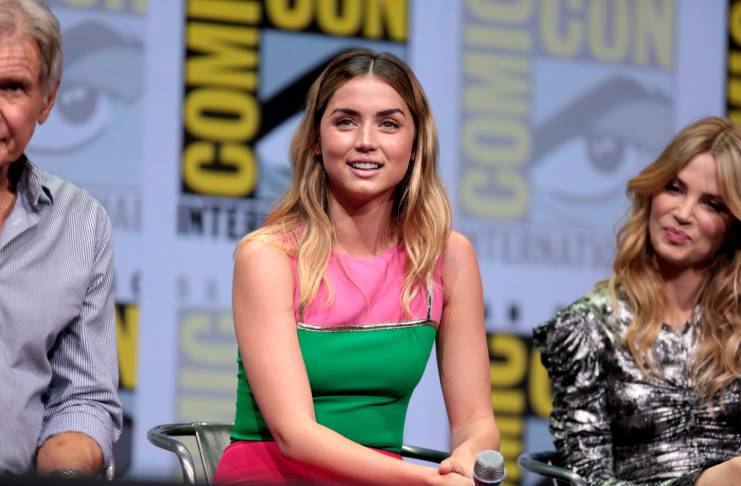 This isn’t the first time that Affleck and de Armas are rumored to be talking about marriage. However, Globe had an entirely different but still dubious storyline about the couple.

The tabloid claimed that Ben Affleck is making de Armas feel uncomfortable with all the marriage talk he has been doing.

“Ben didn’t think he’d ever want to get married again and have more kids, but he does with Ana and he’s stuck to her like glue. She [Ana] loves attention but starting a family and talking marriage is way too much. They’ve only been dating a few months and Ana’s head is starting to spin,” a source told the tabloid.

The insider also said that de Armas doesn’t want her relationship with Affleck to end. But every time the Batman v Superman star talks about their wedding, she couldn’t help but feel worried.

Gossip Cop also debunked the questionable storyline published by the tabloid last week. The publication stressed the fact that Affleck isn’t eager to marry his girlfriend. But it seems that the couple’s relationship is going strong.

Last week, Affleck and de Armas basked under the LA sun during one of their walkabouts. The couple wore masks during their outing.

According to sources, Ben Affleck and de Armas have been self-isolating together at the actor’s home.

Prepare for hotter days, says the State of the Climate 2020...

Jimin continues to reign in the brand rankings for boy group...

Our study in China found struggling students can bring down the...