Ben Affleck is, allegedly, going through a mid-life crisis, and he’s doing everything that he can to look younger.

According to In Touch Weekly, Ben Affleck is dreading the fact that he will soon turn 50. And in order to conceal his aging appearance, he has started to sport darker hair. However, no concrete pieces of evidence can confirm that these hearsays are true up to this writing.

An unnamed source told the tabloid Affleck’s ex-wife, Jennifer Garner has also picked up on her ex-husband’s mid-life crisis. The tabloid claimed that Affleck has been using Just For Men hair dye. And he’s also been getting regular spray tans, laser treatments, and Botox.

“His team has asked him to lose the frat-guy look for a more A-list style, but he just doesn’t care. It’s all about acting cool for Ana. When they first got together, having a young, gorgeous actress on his arm made him feel like a million dollars. But now that he’s fallen for Ana, he’s terrified she’ll go running off with some cooler, more age-appropriate actor,” the unnamed source said, as per In Touch Weekly. 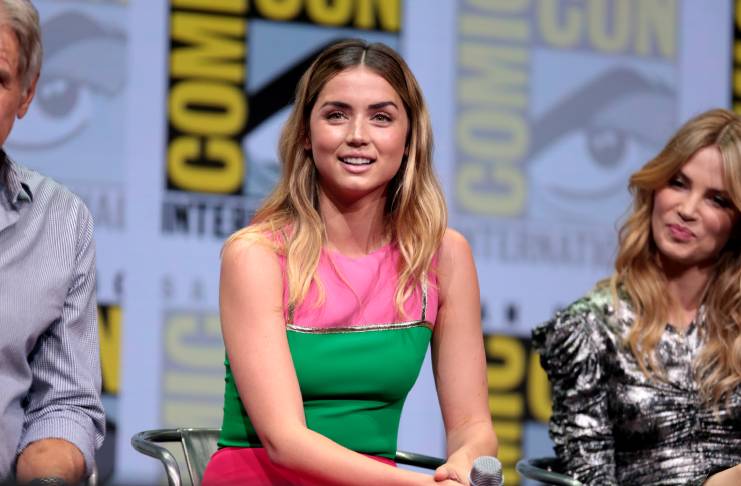 However, one should take these dubious claims made by the tabloid with a grain of salt. Gossip Cop can confirm that they aren’t true.

The rumor-debunking site said that Affleck may have changed the color of his hair. However, this doesn’t mean that he’s going through a mid-life crisis.

Gossip Cop also busted the tabloid and its sister publications of publishing fake stories about Ben Affleck. Last week, National Enquirer claimed that the Batman v Superman actor was ignoring his three children to be with his girlfriend.

An unnamed source said that Affleck and Garner’s kids have been put in the back seat. However, no concrete pieces of evidence can confirm that these hearsays are correct as of this writing.

In fact, photos of Affleck with his kids and de Armas made headlines last week. The snaps prove that Affleck already introduced his kids to his girlfriend. And that the actor can juggle between his role as a dad and his role as a boyfriend.

Before Affleck introduced his kids to de Armas, National Enquirer claimed that the actor’s friends are worried that his new relationship could cause him to relapse.

“He really shouldn’t be committing to any relationship until he’s got at least a year of sobriety under his belt – at least not in the eyes of his sponsors and other friends in recovery,” the unnamed source said, as per National Enquirer.

However, no concrete pieces of evidence can also confirm these dubious claims about Ben Affleck.