July is coming to an end with lots of titles added to the Google Play Store. But the best new Android games are what matters right?

Checking out the Google Play Store for the best Android games might be a chore. No one wants to spend several minutes just browsing each game and checking the reviews.

That being said, here are the Android games worth checking out.

Pokemon Cafe Mix is a controversial game when it launched on the Nintendo Switch. But, it is undeniably one of the best games to play today.

The gameplay is fairly simple. Players manage a cafe built for Pokemons. The player needs to solve a puzzle in order to serve the dishes and drinks.

The cafe expands as the player moves forward in the game. This, in turn, allows more Pokemon to drop by.

This game is a great mobile title for Pokemon lovers. Plus, the best part is it is free with some in-game purchases. 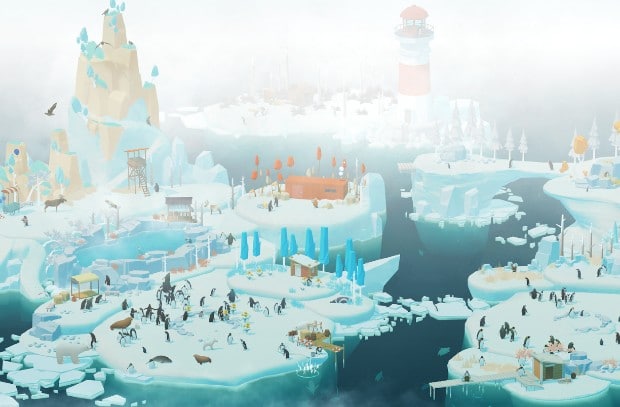 Several games from the developer, Idle Games, has popped up into the top charts every once in a while. This time, Penguin Isle takes the spot.

This game is a casual title that is best played on the side. It does not take a lot of time to get used to it. Players may even play the game while streaming on Netflix.

The end goal is to create a unique habitat for penguins. That is basically it. No fancy action sequences. Just straight up build a penguin sanctuary.

Penguin Isle is available on the Google Play Store for free.

Anime mobile games are part of the Google Play Store. Developers often ride the hype of the anime and expect the player base to grow.

However, One-Punch Man: Road to Hero 2.0 is not a game that is based on the anime. It is actually fun to play.

Players are in charge of the Hero Association as they defeat several monsters. It also follows the anime storyline so that is an added bonus.

This game is free-to-play. However, expect some microtransactions to unlock added content.

This game is for detective-investigation genre lovers. The player goes home to his home town only to find it empty. But as a detective, it is now the time for the player to shine.

Think of it as an escape room but in a mobile form. It is the perfect game for those who are stuck in quarantine but is excited to visit escape rooms.

This game is free to play as well.

Strategy game lovers will be satisfied with Hades’ Star. It is a unique strategy game wherein players need to conquer the space.

Hades’ Star starts off with a single planetary empire. The player’s goal is to expand the empire into the universe. It is sort of what the Empire needs to achieve in Star Wars.

As the game progresses, players will be controlling a whole fleet of space ships to conquer planets. Players also need to build outposts, upgrade equipment, and farm resources.

That is it for this roundup. These are the best Android games worth playing this July. This list gets updated regularly. Watch out for the upcoming games next week.