For a seasoned game developer, Bethesda Softworks made a huge blunder as they mistakenly left an executable file for their latest game called DOOM Eternal.

Despite boasting that Denuvo DRM will take care of pirates, the publisher left the game file without the anti-piracy software built-in.

DOOM Eternal is one of the much-awaited game titles this year. Once the game was launched, users from Reddit and ResetEra were the first ones to notice the publisher’s mistake. The tech-savvy users dug deep into the game folder and discovered another folder named ‘Original.’ The folder contained an unmodified primary.EXE file alongside another DRM-free executable program.

Bethesda was quick to release a software patch to fix the problem, but, it was too late as the pirated version of DOOM Eternal is already floating around the internet. Luckily for Bethesda, the Steam version of the game remains free of the unmodified game file. 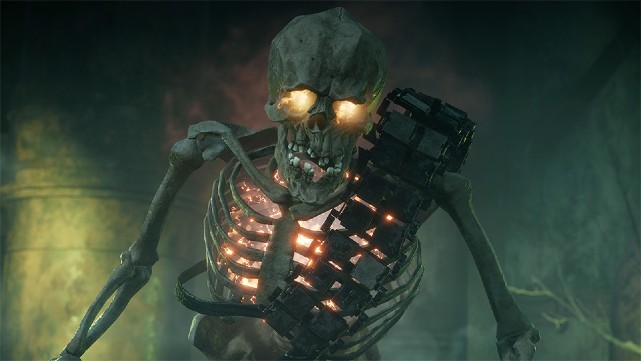 Not the first blunder for Bethesda

Last year, Bethesda made the same mistake when Rage 2 was cracked immediately on its release. The game came out with a DRM-free.EXE file on Bethesda.net. Pirates immediately took advantage of the situation and ripped a full copy of the game.

This left the DRM useless and the developers opted to remove Denuvo completely for both the Steam version of the game or the one available for purchase on the company’s website.

Denuvo DRM and the quest to curb piracy

Some players might be unfamiliar with anti-piracy software. Basically, Denuvo DRM is the game developer’s response to the rampant piracy that is happening right now. It is designed to give pirates a hard time cracking the game and to prevent illegal distribution.

Denuvo is not a separate software that needs to be installed on your computer. It is embedded in the game’s code and runs instantly once the player opens the software.

Although DRMs are included for a good cause, some gamers claim that Denuvo creates problems for legitimate paying users.

For example, Tekken 7 blames Denuvo for the performance issues that gamers are experiencing.

In a statement posted on Twitter, Tekken 7 director Katsuhiro Harada shared that the PC version experiences random frame drops due to the anti-piracy software.

Problem occurred in "TEKKEN7 for PC". that the frame rate drops when hits such as Akuma's "Shakunetsu Hadouken".
Since it's not a problem of graphics & CPU processing, it will not solve even if changing PC setting (problem with encryption program).
We'll fix Soon. Sorry Plz wait.

Doom Eternal off to a great start

Despite Bethesda’s error, Doom Eternal launched successfully and managed to reach 105,000 concurrent players on Steam. The game is currently Bethesda’s most successful release in recent years.

The total sales of Doom since its launch have not been released yet. But, the player base is expected to grow more in the following days.