Rhea Seehorn, who plays Kim Wexler on “Better Call Saul,” shared her top fan theory, picks on what will happen to her character.

Read at your own risk: This article may contain spoilers for Better Call Saul.

Better Call Saul Season 5 just recently dropped its season finale on AMC and Netflix. By far, fans and followers of the Breaking Bad franchise reportedly deemed the latest season as one of the best installments of the show.

However, after ten episodes, everyone seemingly fell for the cliffhanger. Aside from the eagerness to learn about Nacho’s fate in the hands of Lalo, there is also the shocking dynamic between Kim and Jimmy’s relationship.

Kim Wexler has come a long way since the pilot season. At the end of Better Call Saul Season 5, she had a “surprising” shift in her character. Even her “husband,” Jimmy was in shock upon learning her plans to scam Howard.

Avid fans of the show have always known that Kim will either end up “dead” or very far away from Jimmy, as per Cheat Sheet. It makes total sense since her character is nowhere near Breaking Bad‘s timeline. So, from the beginning, everyone is certain that something will bad happen to her. 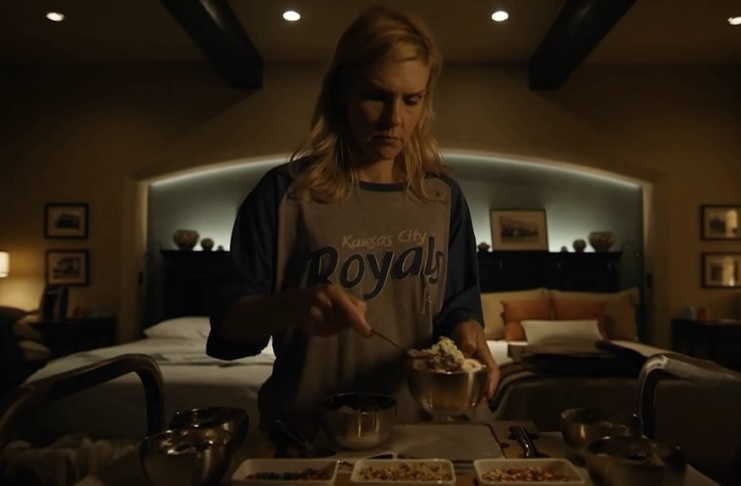 In a virtual interview with Friday Night in with the Morgans, Rhea Seehorn shared with fellow AMC actor, Dean Morgan, and his wife, Hilarie Burton, her favorite fan theory as to what will happen in Kim’s arc in Better Call Saul Season 6.

Although she revealed that she never reads forums at Reddit, she said that she has “kept up” with a few fun fan theories. Rhea revealed that one of her top picks features Kim working at the mall where Jimmy, now-Gene, works.

She stated that there are fans who are certain that Kim Wexler works at “Clarie’s accessories,” just next to the Cinnabon where Gene Takovic, the new name Jimmy uses post-Breaking Bad, works.

Rhea Seehorn said that she always responds to this theory with Kim’s need to own a “combover and mustache.”

This theory is reportedly very “unlikely” to happen, given the overall dynamics in the “Breaking Bad universe.” It is “interesting,” but “too neat and cute,” Den of Geek added.

The publication’s take on Kim Wexler’s ultimate ending has remained the same. As asserted, Kim will likely end up “imprisoned for fraud” at the end of Better Call Saul Season 6.

The sixth and final installment of Better Call Saul will probably arrive in 2021, on AMC and Netflix.