Beyond a Steel Sky, now, has a release date, coming out this week for the Apple Arcade. The Beneath a Steel Sky sequel will come out for PC, Mac, and Linux later in July.

Beyond a Steel Sky is one of the unlikely sequels out there. Its predecessor came out in 1994, around two and a half decades ago. Game dev Revolution Software announced the game last year, during Apple’s Keynote.

The original date for its release originally listed for “late 2019.” The game was going to come out for PC, and iOS now will come out for more platforms.

Beneath a Steel Sky was a storytelling masterpiece

Beneath a Steel Sky, Beyond’s predecessor, was among the games ahead of its time. It was a point and click adventure game that captured the hearts of the fussy PC gaming public. All this happened at a time wherein consoles were starting to upend PC for gaming.

Beneath a Steel Sky was a storytelling masterpiece about a dystopian cyberpunk future. The main character, Robert Foster, took on a harsh world that annihilated his foster tribe.

As the story went on, players discover that they are a part of the grand conspiracy. They learn of their role in the dystopian world and what they can do to save it.

Steel Sky received numerous accolades, including a Best Adventure award. The game was a commercial success, selling as many as 400,000 units. The game was so good that a remastered iOS version came out in 2009.

The legendary game now has an upcoming sequel. This follow-up will take on the original series and put a modern twist into it.

New Sky sequel will be a story-heavy game

Beyond a Steel Sky does not have a lot of stories to tell yet apart from a new trailer. Revolution Software is still handling the release – its original devs in 1994. Comic book artist Dave Gibbons and Revolution CEO Charles Cecil will still helm the game. 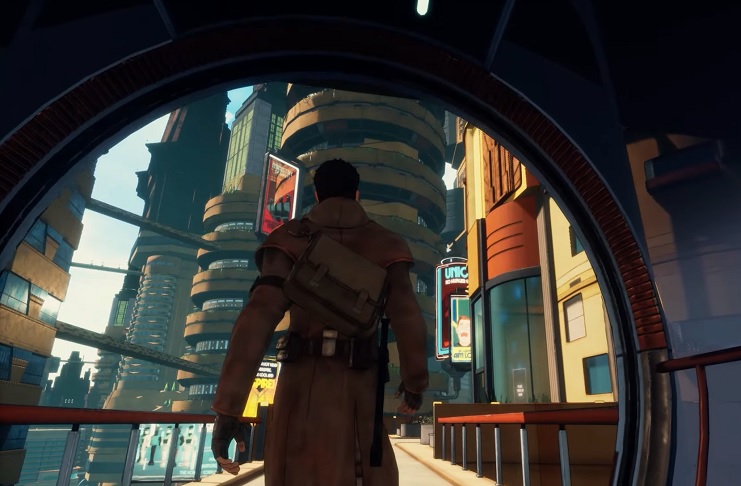 Revolution notes that the game will still be a story-focused affair. The game will also concentrate on its sandbox play, creating emergent solutions to its puzzles. The emphasis of the game’s themes will be AI tech, harkening to the original game.

For those who want to play the original game first, there isn’t much excuse not to try. The original game is free on GOG, packaged to work for modern hardware. For emulation veterans, the game is also playable on ScummVM.

Beyond a Steel Sky will arrive for PC this July. Apple fans will have their first taste of the game this week.

‘Ms. Marvel’ Iman Vellani was spotted in a ‘homemade’ costume!