Speaking during the AMA portion of the meetup, Zhao revealed that his primary focus over the next few quarters will be to integrate the remaining 180 fiat currencies into the Binance platform.

“One of the key things I want to do for the next few months – six to nine months or so – is to get those other 180 onboarded onto Binance.com,” Zhao said.

“We want to have them directly on Binance.com wherever possible so that this way, they have direct access to the large liquidity on Binance.com,” he added.

Customer service is another area in which Zhao plans to make improvements.

Speaking about the early days before Binance, he recounted reports of users of other exchanges submitting support tickets and waiting weeks – sometimes months – for a response.

“Before Binance, there were many experiences of people using exchanges that would submit a ticket and wait for months. This is real money that have on the exchange and when they have some issue, they wait for months for a reply,” he said.

“We shortened that to 24 hours, guaranteed, and we will try to shorten that to one hour, now, or less. So we want to make the maximum time you will wait an hour, 24 hours a day, anywhere in the world.” 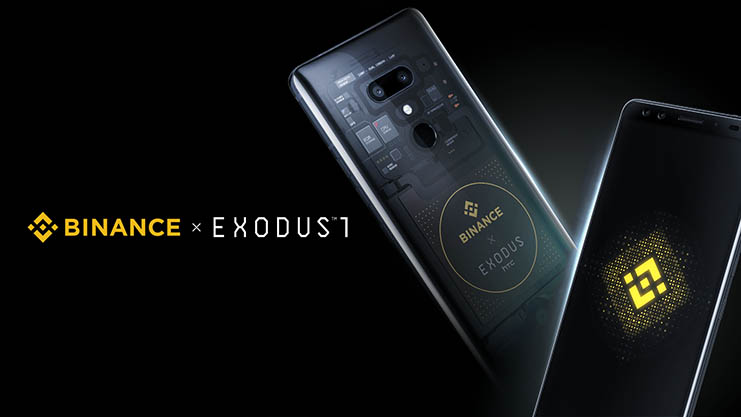 One of the highlights of the meetup was special guest Phil Chen, the Decentralized Chief Officer at HTC.

Chen took the stage to announce the launch of the new HTC EXODUS 1: Binance Edition.

“Binance is one of those fearless companies that challenge traditional financial systems and how things are done. Their vision of borderless finance is a cause that EXODUS also aspires to,” Chen said.

“We are excited to be supporting the Binance Chain and its DEX, which provides our community with the biggest spread and most liquid crypto exchange along with the trust minimization principle of empowering users to own their private keys and manage their personal bitcoin node comprehensively.

“We believe this combination and our partnership will usher in a completely new paradigm of digital asset exchanges and corresponding interactions.”

The company’s latest offering is the world’s first blockchain phone to integrate the Binance Chain.

The HTC smartphone will protect private keys with EXODUS 1’s Zion Vault, which is described as a private vault on the blockchain that allows users to trade on the decentralized exchange directly from the smartphone.

The limited-edition blockchain smartphone promises to give users the “speed and usability of a smartphone with the security of a cryptocurrency hardware wallet.”

The original HTC EXODUS 1 was launched in October 2018 and could only be purchased with Bitcoin or Ethereum.

In addition, the first 500 people to purchase the smartphone will also receive an Early Adopter bonus of $100 in BNB.

Speaking about new EXODUS 1, Zhao noted that: “Smartphones will play a key role in the mass adoption of crypto and smartphones are the most natural devices for a hardware wallet that is simple to use and always with you.”

“We are delighted to support and work with HTC EXODUS to help people access crypto anywhere and anytime. We are excited to collaborate with a manufacturer that is taking the innovative steps forward to empower users and further adoption.”