Bindi Irwin is, allegedly, expecting her first child with her husband, Chandler Powell.

Last year, Woman’s Day claimed that Bindi Irwin decided to postpone her wedding plans after learning that she’s pregnant. The dubious story was published after photos of Irwin leaving a local pharmacy made headlines.

A source told the tabloid that Irwin visited the pharmacy to get a pregnancy test kit. And shortly after, she shared a photo with her family and Powell.

Bindi Irwin is not pregnant

Six months have passed and Irwin hasn’t said anything about being pregnant. And if she is, she would already be showing. However, Irwin isn’t sporting a growing baby bump.

On Mother’s Day, the Australian star posted a photo to celebrate her mom. The snap shows that Irwin isn’t six months pregnant. 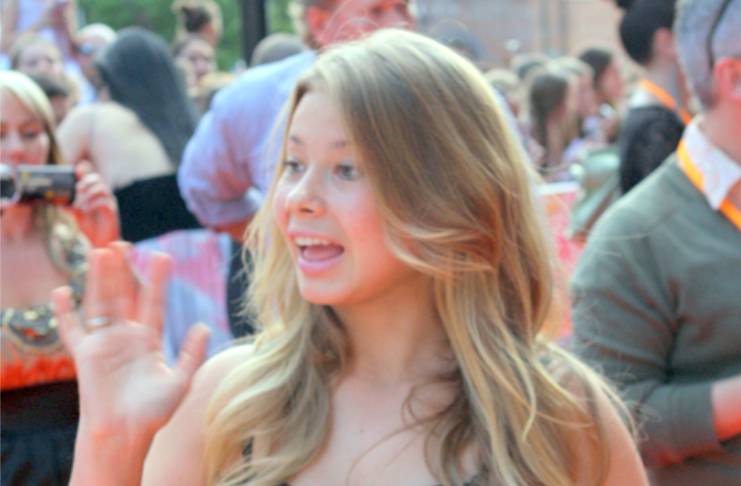 Gossip Cop also noted the fact that the tabloid has been publishing fake stories about Irwin and Powell. Earlier this year, the tabloid claimed that the couple moved up their wedding date due to Irwin’s pregnancy.

However, Powell explained on his social media account that they changed their wedding date due to the coronavirus pandemic.

In November 2019, the tabloid claimed that Bindi Irwin and Powell called off their engagement. The former was, allegedly, cracking under pressure.

“Bindi knows there will always be a bit of drama when it comes to a wedding, but she expected it to be minor arguments over seating plans or flowers, not drawn-out family battles. The word is they’re having serious doubts about going through with it and are talking about whether to put the whole thing on hold,” a source said.

The insider also claimed that Irwin’s grandfather, Bob didn’t expect to receive a wedding invitation. After all, he has been estranged from his family for years.

While this storyline is true, the tabloid simply picked it up from Bob’s interview with Courier-Mail in September of last year.

“No, I haven’t had an invite to the wedding, and, to be perfectly honest, I wouldn’t expect to be invited to the wedding. Much the same as any other parent or grandparent, I would wish (Bindi and Chandler) all the best — which I do — and hope things go really, really well,” Bob said.

In March, Bindi Irwin and Powell’s wedding pushed through.