Bindi Irwin and Chandler Powell are, allegedly, expecting their first child together.

According to New Idea, Bindi Irwin and Powell have already shared the news with Irwin’s mom, Terri, and her younger brother, Robert. However, no concrete pieces of evidence can confirm that these hearsays are correct as of this writing.

But the tabloid published a photo of the Irwins hugging each other and smiling from ear to ear. They claimed that the Irwins hugged after the Dancing With The Stars winner shared her pregnancy news with her loved ones.

“As more and more staff come back into the zoo for reopening, they’ve noticed something’s very different about Bindi. She tends to stand back and behind Chandler or her mom, and she’s wearing much looser khaki shirts. It’s spreading like wildfire that she could be pregnant. There will be a huge celebration at the zoo if she is – Terri must be bursting at the seams to tell people,” the unnamed source said, as per New Idea.

The insider also claimed that Terri has always wanted her daughter and son-in-law to have a baby together.

“As soon as Bindi and Chan got engaged, she started dropping hints for a grandchild, which Bindi seemed well up for. She might be only 21 but Bindi’s an old soul with naturally maternal instincts. She gravitated toward the newborn animals at the zoo and always pays them special attention. Plus, she’s always told family and friends she wants to be a young mom and now that they’re married, why wait?” the unnamed source said. 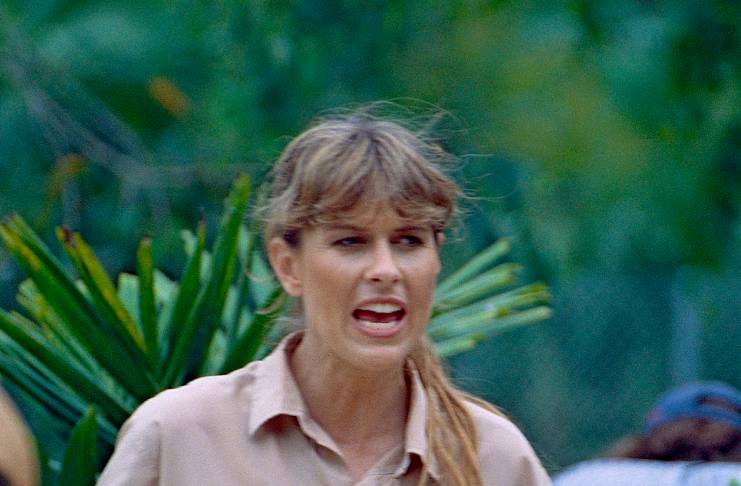 Terri Irwin excited for Bindi Irwin to become a mom

The source also said that Terri loves the idea of Bindi Irwin having a baby because this means that someone would carry their family’s legacy.

“Terri’s got it all mapped out in her head. Once Bindi and Chandler have a bub, she’s keen to relax into grandma duties and babysit the little one, allowing Bindi and Chandler – together with Robert – to step up and run the show. Terri’s worked hard over all these years to carry on Steve’s legacy, and she’s ready to pass the baton to the next generation while she’s still around to oversee it,” the source said.

As for Powell’s mom, she’s also, allegedly, excited over the arrival of her grandchild. Every time Powell calls his mom, her heart, allegedly, skips a beat. She’s, allegedly, looking forward to hearing him say that his wife is expecting.

However, one should take the claims made by the tabloid with a grain of salt. Bindi Irwin isn’t pregnant. And if she is, the confirmation will come straight from her.