Mike Novogratz, the die-hard Bitcoin bull who previously predicted that the price of BTC would hit $20,000 by the end of 2019, has suddenly done an about-face, hinting that it could crash into $6,500 territory soon.

The return of crypto winter?

Tumultuous market conditions over the past forty-eight hours have seen the price of Bitcoin plummet from a high of US$8,052 [AU$11,807] on Wednesday to a low of $7,375 in a matter of hours.

The price drop, coupled with the lack of any significant recovery since then, has some members of the crypto community speculating that we could be witnessing a second ‘crypto winter’.

In an interview with CNBC’s Squawk Box on Thursday, Galaxy Digital founder and vocal Bitcoin proponent Mike Novogratz seemed to believe that the worst is far from over and that the cryptocurrency could potentially dump further to $6,500.

“I’m hoping it holds here but I think that $6,500 would be the next downside,” Novogratz said.

Novogratz also gave some insight into what he believes may have caused the latest Bitcoin price crash, which erased more than $700 from Bitcoin’s price on Wednesday.

According to Novogratz, the dip in the market can largely be attributed to several events that have occurred recently.

Among these adverse events is the U.S. Securities and Exchange Commission’s (SEC) cease and desist order to Telegram.

The order forced the company to halt the launch of its Gram token just two weeks before the coin’s release to the social media company’s 300 million users.

Novogratz called the event a “kick in the stomach for the overall crypto ecosystem.”

He also noted that Facebook’s struggle with U.S. regulators concerning its yet-to-launched cryptocurrency Libra has also created negative sentiment in the space that could be affecting prices.

“If Facebook and Libra had come out originally and say we are building a global payment system, I think there would’ve been a lot less angst,” Novogratz said.

“But they came out and said we are gonna build this new currency, and everyone turned their hair on fire.” 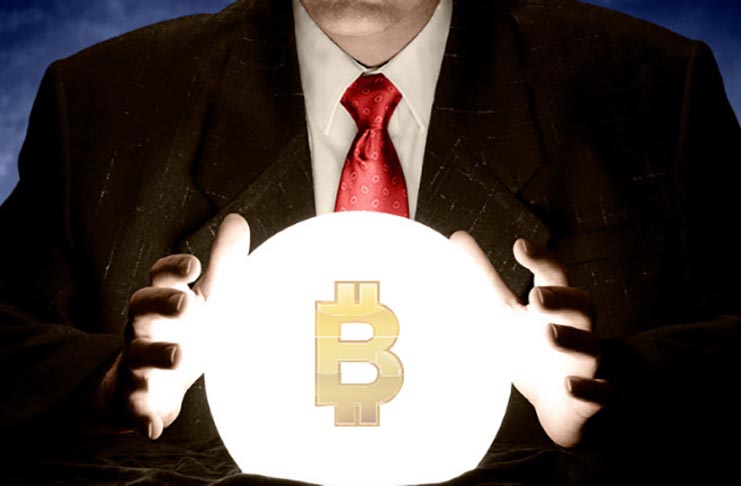 Novogratz’s comments on Thursday contradict his July prediction that Bitcoin’s price could spike to $20,000 by the end of 2019.

At the time, the Bitcoin bull was confident that the surge in the market would be triggered by Facebook and other industry leaders entering the space – a move that would significantly boost the public’s perception of the crypto space.

However, given the current state of the cryptocurrency markets, it appears that Novogratz’s $20,000 price prediction will likely not come to pass this year.

A closer look at the crypto community as a whole shows that Novogratz is not the only one with bearish feelings about Bitcoin.

In a recently published Bitcoin analysis on TradingView, noted crypto trader Dmitriy Lavrov said that “it is just a question of time” before Bitcoin hits $6,000.

In an even more dire price prediction, notorious goldbug and Bitcoin critic Peter Schiff believes that the cryptocurrency will dump all the way to $2,000 in the coming days.

“The Bitcoin chart looks horrible,” he tweeted earlier this month.

“Not only does the flag that followed the recent breakdown project a move to $6K, but we are close to completing the right shoulder of a head and shoulders top, with a $14K head, and neckline just below $8K, that projects a collapse to below $2K!”

The Bitcoin chart looks horrible. Not only does the flag that followed the recent breakdown project a move to $6K, but we are close to completing the right shoulder of a head and shoulders top, with a $14K head, and neck line just below $8K, that projects a collapse to below $2K!

In the midst of all of this bearish sentiment, it is important to remember that in the ten years since Bitcoin took its first digital breath in 2009, it has endured multiple and significant dips and crashes.

In the last ‘crypto winter,’ Bitcoin lost more than 80 percent of its value before starting to recover.

Like the previous Bitcoin crashes, this, too, shall pass.