Bitcoin prices have bounced back to resistance levels in the mid-$6K area following a recent U.S. Central Bank announcement with the proposal of an unprecedented fiscal stimulus package.

The same cannot be said, however, for traditional assets such as stocks, futures, and commodities, which continue to get battered as the coronavirus (COVID-19) spread hastens.

A few hours ago, the world’s most popular digital asset surged back above $6k again to top out at an intraday high of $6,700 during morning trading in Asia on March 24, according to TradingView.

The move has resulted in an impressive 14% gain on the day for BTC, which is again outperforming all other traditional assets.

Bitcoin has now recovered over half of its losses since the big plunge a couple of weeks ago. Almost $20 billion has flooded back into crypto markets over the past 24 hours, and they appear to be one of the more resilient asset classes at the moment.

Stock markets, however, continued to slide in Asia and the West on March 23, as lawmakers remained at odds over the details of the stimulus package.

Investors remain jittery while efforts by the world’s central banks to dump interest rates and pump newly minted money into economies are having little effect. 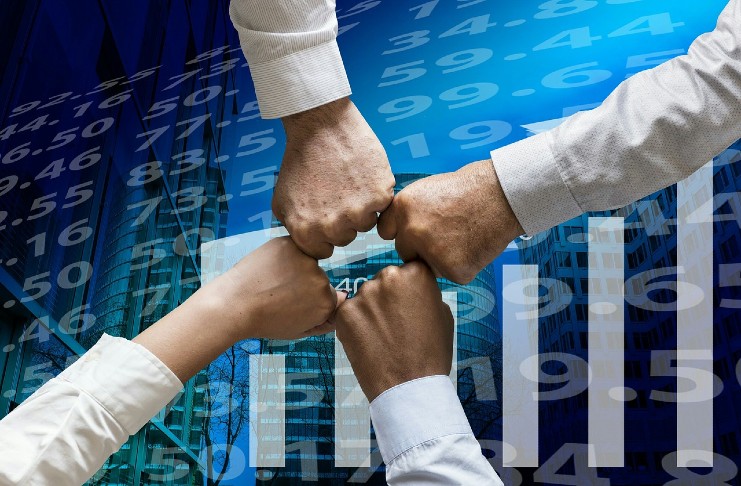 The big Bitcoin move appears to have been driven by the Federal Reserve unveiling a sweeping series of unprecedented monetary measures to bolster the flailing economy.

According to Bloomberg, the U.S. Central Bank said that it will buy unlimited amounts of Treasury bonds and mortgage-backed securities to keep borrowing costs low.

The FED also set up programs to ensure credit flows to corporations, as well as state and local governments, though Democrats are still claiming that not enough is being done for average Americans.

The recent action has followed a number of extreme measures taken by the central bank over the previous months, which normally would have been unthinkable.

“It’s a mechanism we can use working with the Federal Reserve to provide another $4 trillion of liquidity into the market. That’s on top of the Fed’s balance sheet. This is a massive liquidity program.”

Quantitative easing, or injecting liquidity (a.k.a. printing money) is usually detrimental to a currency, as it reduces purchasing power.

Bitcoin, on the other hand, is immune from such practices, which makes it more bullish as recent market action has shown.

Chris Hemsworth bans Liam Hemsworth from hanging out with him, his...

Drew Barrymore getting back together with ex Fabrizio Moretti: Rumor

Curious Kids: how and when did Mount Everest become the tallest...

Is it the adenovirus vaccine technology, used by AstraZeneca and Johnson...