A new bill from Uzbekistan’s Ministry of Energy has the power to cripple cryptocurrency mining in the country if a proper investigation is not carried out before it becomes law.

The draft bill, which was made public on Friday, states that Bitcoin and altcoin miners in the region would be required to pay 300% more in electricity tariffs, a price hike that miners never saw coming.

The Uzbekistan nation is basing this new bill solely on the argument that the powerful computers used by miners to secure and record transactions in blockchains consume massive amounts of electricity – an argument that has been refuted many times, to no avail.

In September 2018, Shavkat Mirziyoyev, the President of Uzbekistan, signed a decree that allowed cryptocurrency exchanges in the country to go about their businesses undisturbed.

The Central Asian country, via this decree, opened its doors to the cryptocurrency industry, causing an influx of crypto-focused startups.

In the same vein, the decree also made room for crypto mining, promising plots of land for its operation and the cooperation of the state-owned energy companies, Uzbekgidroenergo and Uzbekenergo.

The sudden hostile attitude of the government towards the crypto mining industry makes one wonder if the Uzbekistan authorities had planned this all along – open its doors to cryptocurrency to milk crypto market participants dry through excessive tariffs and fees. 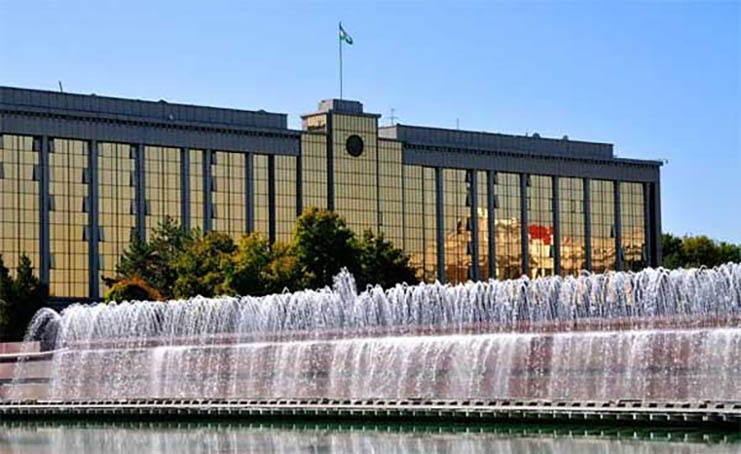 The Bill in question

The latest bill proposes that power saving should be encouraged in the country in both the commercial and non-commercial sectors.

It also made a special reference to cryptocurrency businesses, miners included, in which they will now be charged electricity tariffs that are three times more than the current rate.

“Consumers, regardless of the connected capacity, carrying out activities on crypto assets, including mining (activities to maintain and create new blocks with the ability to receive remuneration in the form of new units and commission fees in various cryptocurrencies), pay for electricity using an increase factor in 3.0 times the established tariff of the corresponding tariff group.”

The draft bill, which is available on the Uzbekistan government website, is open for public comment up until Oct 12, 2019.

One opponent of the bill, Otabek Buzurukhuzhayev, wrote:

“In the end, you just do it so that mining will not be profitable for mining in Uzbekistan. As a result, everyone will either look for workarounds (to steal, split limits, and move equipment to neighboring countries).

“Mining is the influx of currency to Uzbekistan. Although you certainly can’t see this directly, because you do not conduct any surveys and statistics among miners. Nevertheless, a huge amount of currency comes through this chain through this activity.

“Gather all the miners and make a conference, you are not competent in these matters. Listen to the opinion of professionals and then make any corrections to the law.”

“Miners do not create anything, they sell nothing to anyone (except for their mythical crypto assets), and they only spend a huge amount of scarce electricity on heating the atmosphere in the hope of earning personal income for nothing.

“You just need to clarify that this is an illegal inflow of currency. And why should the State agency ‘convene a conference,’ listen to the opinions of participants in illegal currency circulation and help them somehow?”

Uzbekistan – friend or foe of cryptocurrency?

For a country as energy self-sufficient as Uzbekistan, the energy consumption required for crypto mining shouldn’t be a problem.

The nation is blessed with natural gas, significant oil reserves, and lots of industrial power stations left over from the Soviet era.

Therefore, whether Uzbekistan is a friend or enemy of the crypto revolution will be known in due time, beginning with its next action towards the proposed bill.

Will it come to its senses and continue its liberal stance on cryptocurrency and blockchain technology or will it undo all of the progress it has made and go the way of countries like China, India, Kyrgyzstan, and others that have tightened the noose on crypto operations within their borders?