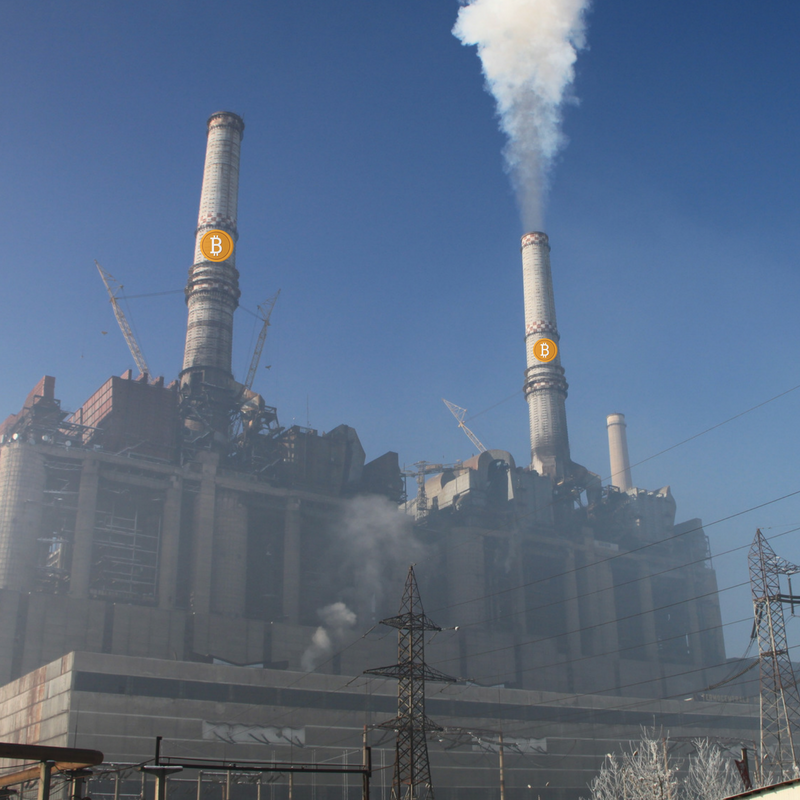 The Bitfury Group is considered to be one of the world’s largest Bitcoin Miners , so it’s no surprise the Forbes Finchtech 50 company is hungry for energy.

The plan has been hatched with ASX-listed IOT Group (ASX:IOT) who, in April, signed an agreement with Hunter Energy to develop a ‘Blockchain Applications Complex’.

The complex is to be established ‘behind the grid’ at the Redbank plant, creating direct access to wholesale power prices.

Bitfury wants to put its powerful servers in the complex, complementing the company’s other datacenter operations in the Republic of Georgia, Iceland, Norway and Canada.

…But it all hinges on one BIG factor – getting the Redbank Power Station up and running again.

Hunter Energy is working to recommission the controversial coal-fired power station after it was shut-down amid financial problems in 2014.

The plant’s environmental credentials were heavily criticised by green groups after it began operating in 1994.

Hunter Energy now wants to fire it back up by Q1, 2019 – this time with blockchain businesses hungry for raw, wholesale megawatts, right on its doorstep.

Despite Redbank sitting dormant, IOT’s Blockchain Applications Complex is generating a lot of interest according to IOT Group.

The deal announced today would see Bitfury locate servers at the site and enter into a Power Purchase Agreement with IOT for 20 Megawatts of power over a ten-year term at an estimated cost of 11 cents per KWh.

Executive Director and Founder of IOT Group Limited Sean Neylon said, “There has been incredible interest from other Crypto Groups which will be signed up over the coming weeks.”

“The establishment of the BAC is enormously beneficial to Australia because it’s bringing a whole new Tech industry to the country.

“Previously the Bitcoin and cryptocurrency miners would not even dream of coming here because the cost of power is too high.

“With The IOT Group taking power from Hunter Energy before it goes on the grid they are able to sell the power to the crypto miners at a less expensive rate than anywhere in Australia,” said Neylon.