Bitcoin surged on news the Federal Reserve is slashing interest rates to zero and printing money. Here’s why the gain was short-lived.

The US Federal Reserve announced this morning it was slashing interest rates to 0%-0.25% and will effectively begin printing $700 billion dollars in an effort to calm markets spooked by the potential impact of the Coronavirus.

Bitcoin was trading at $5182 but spiked to $5932 straight after the news – a massive gain of $14.5%. But it was short-lived as news emerged the S&P 500 Futures had hit Limit Down straight after, indicating a move greater than 5%.

Bitcoin reversed most of those gains and was trading at $5355 at the time of writing, leaving it up 3.3% – though the trend is currently downwards.

Markets are so volatile at the moment it’s difficult to interpret what it means as the S&P 500 Futures hit Limit Up on Friday, March 13. That was shortly after Bitcoin plunged below $4000.

However, it appears to signal that markets could see the Fed’s move as a sign of panic and desperation, a signal of more market volatility to come. 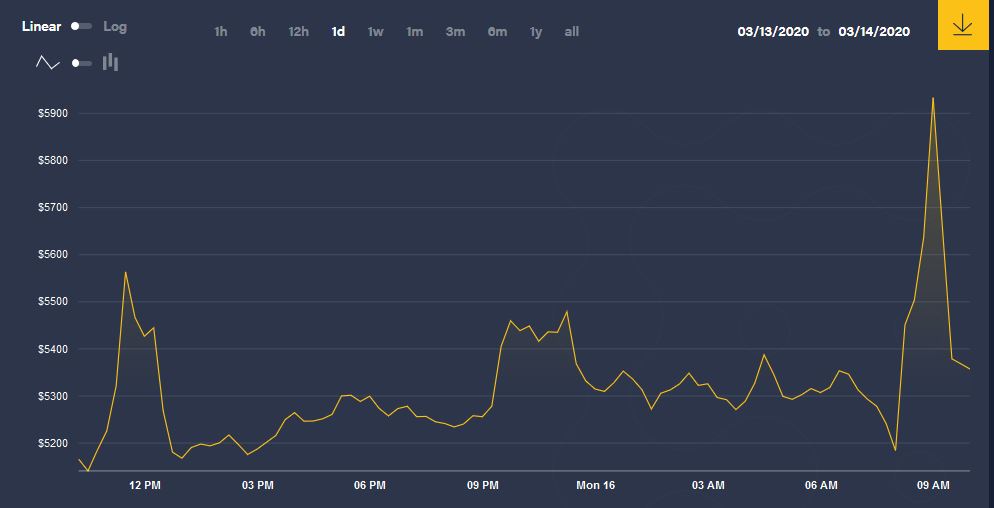 It’s certainly a dramatic move to cut interest rates by 100 points – four times as much as normal. The $700 billion in money printing comes in the form of asset purchases, and the Fed is encouraging banks to provide credit to the economy by eliminating reserve requirements and allow firms to access capital and liquidity buffers.

“The Federal Reserve is prepared to use its full range of tools to support the flow of credit to households and businesses and thereby promote its maximum employment and price stability goals,” the Fed said in a statement.

Bitcoin is unlikely to be immune from the liquidity crisis and panic in financial markets from here on in, but long term the news may help feed the narrative about Bitcoin being ‘hard money’ due to its fixed supply. Money printing leads to higher rates of inflation. In contrast, Bitcoin reducing its supply increase by 50% at the halving in May. 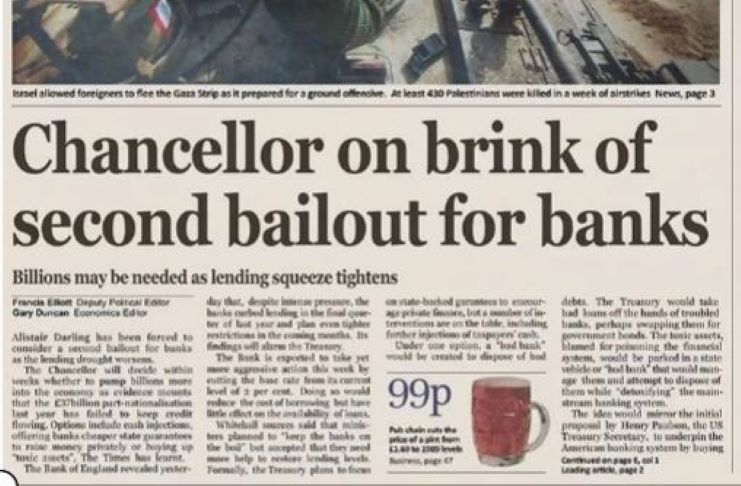 Printing money before the Halving

On Reddit, user Jaapiojabr wrote that the sheer scale of the announcement recalled the famed newspaper headline from The Times in Bitcoin’s genesis block “Chancellor on brink of second bailout for banks”

“When you don’t allow mis-managed organizations to fail (just because they are “certified”), it just kicks the can down the road for bigger problems, bigger QE, bigger robbing of normal people,” CZ commented. “At some point, the bubble will pop.”

“There is finally Bitcoin, a new choice. Those old methods will stop working so fast.

When you don't allow mis-managed organizations to fail (just because they are "certified"), it just kicks the can down the road for bigger problems, bigger QE, bigger robbing of normal people. At some point, the bubble will pop. https://t.co/DuwGCLj01y

Before the news trader Scott Melker (AKA The Wolf of All Streets) said sentiment was so negative, he was planning on a counter-intuitive trade.

“Planning to buy more Bitcoin from here down to 5k or so. Everyone thinks we go down, so I think it’s likely we go up,” he said.

He made 10% within 90 minutes and closed his position.

If the monetary stimulus doesn’t help calm markets, then the Fed is running out of options, short of printing even more money and setting interest rates negative, however, Jerome Powell, chair of the Federal Reserve, said negative interest rates are unlikely.

The latest move by the Fed comes on top of it injecting $1.5 trillion into the short term money markets