A new Harris Poll survey shows that, despite a prolonged bear market, positive sentiment towards Bitcoin in America has increased significantly across every age demographic.

Commissioned by Blockchain Capital, the survey asked a representative sample of 2029 American adults a series of questions designed to gauge their attitudes toward Bitcoin in various areas.

The data, which was gathered between April 23 – 25, 2019, was then compared to a similar survey the company conducted in October 2017.

“We suspect that the difference in market environment between the two surveys would have a negative impact on Bitcoin sentiment in the most recent survey. Despite the bear market, the data shows that Bitcoin awareness, familiarity, perception, conviction, propensity to purchase and ownership all increased/improved significantly  –  dramatically in many cases.” 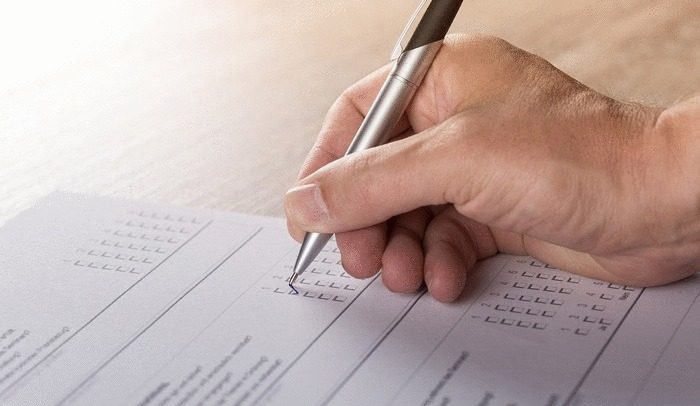 Out of all of the data collected, one of the most dramatic changes was in the area of Bitcoin ownership.

Eleven percent of Americans surveyed report owning Bitcoin. That is a more than 500% increase over the two percent of respondents who reported owning (or that they had owned) Bitcoin in the October 2017 survey.

Other key takeaways from the survey include: 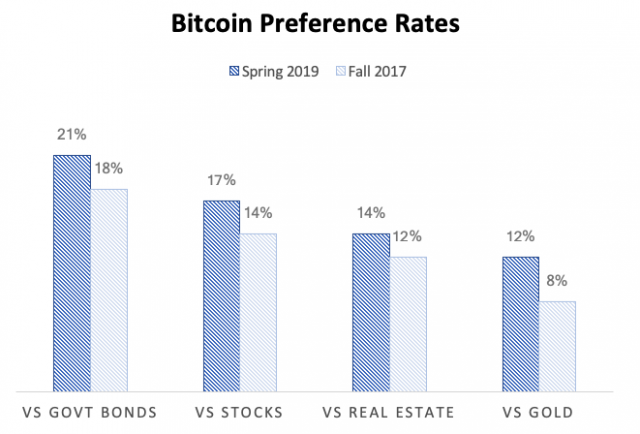 When asked whether they would prefer to own $1000 worth government bonds, stocks, real estate, gold, or Bitcoin, the percentage of those surveyed who preferred the digital currency increased across the board:

Among the 18-34 age group – the same group most likely to purchase Bitcoin – the results showed less increase overall but a greater tendency to favor Bitcoin over more traditional investments: 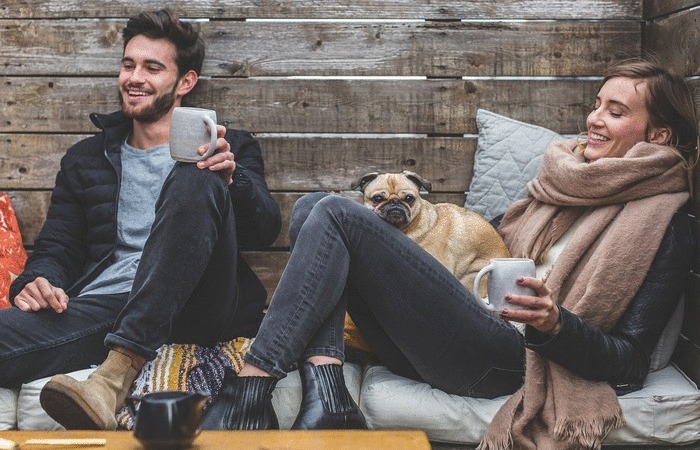 The survey shows that Bitcoin is a demographic mega-trend as younger age demographics are leading the pack in every facet of Bitcoin awareness.

People aged 18-34 had the highest results on the survey, as seen by the following data:

Respondents in this age bracket were also more likely to favour Bitcoin over traditional investments:

Overall, the survey shows that the long bear market for Bitcoin has not dampened American enthusiasm for the cryptocurrency. In fact, the contrary has occurred as all indicators are up.