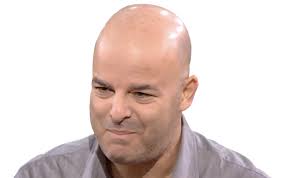 Bitcoin has survived and flourished for eight years, so can we now be certain the emerging technology is here to stay?

Well, it depends who you ask.

At micky.com.au, we’ve collated the opinions of some of the world’s most successful finance and technology figures to give you a broad perspective of where Bitcoin might be headed. 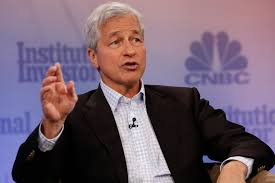 The Chairman and CEO of JP Morgan Chase is no idiot. After all, he is in charge of the largest bank in the United States.

So how does he describe Bitcoin?

“If you’re stupid enough to buy it, you’ll pay the price for it one day,” Dimon was quoted as saying in a CNBC.com article.

“The only value of Bitcoin is what the other guy will pay for it,” Dimon said.

“The other thing I’ve always (said) about Bitcoin… (is) governments are going to crush it one day. Governments like to know where the money is, who has it and what you’re doing with it, in case you haven’t noticed. Right?

“This is the last time I’m ever going to answer questions about Bitcoin because I really don’t care.

But Dimon has spoken highly of Blockchain technology and it seems his own family doesn’t share his opinion about Bitcoin.

“When I made that ‘stupid statement’ (calling Bitcoin a fraud), my daughter sent me an email saying, ‘Dad, I own two Bitcoins.’ My formerly smart daughter!”

The famous co-founder of Microsoft believes “Bitcoin is better than currency.”

In an interview with Bloomberg in 2014, he said “Bitcoin is exciting because it shows how cheap it can be.”

“Bitcoin is better than currency in that you don’t have to be physically in the same place and, of course, for large transactions, currency can get pretty inconvenient.”

But while Gates has been relatively positive about Bitcoin, he has expressed concern about its links to illegal activities such as money laundering.

Speaking during a Reddit “Ask Me Anything,” Gates said that “the government’s ability to find money laundering and tax evasion and terrorist funding is a good thing.

“Right now cryptocurrencies are used for buying fentanyl and other drugs so it is a rare technology that has caused deaths in a fairly direct way.”

Gates also indicated he thinks that investing in the cryptocurrencies is not smart.

“I think the speculative wave around ICOs and cryptocurrencies is super risky”.

We have included this bloke, because he is super sharp, and quite frankly, a real character.

The renowned stock analyst and founder of www.standpointresearch.com is very bullish on Bitcoin.

Speaking to sputniknews.com recently, he said ” the way that I see Bitcoin is as follows: You have right now $200 trillion tied up in stocks, cash, bonds and gold around the world an all four of those are overvalued.”

“If two per cent of that $200 trillion ends up in cryptocurrency you would be looking at a $4 trillion evaluation, eight times to where we are today and it would put Bitcoin at $80,000 if it holds on to its current market share.

“I just gave a conservative forecast on how I see Bitcoin going from $10,000 to $80,000 in the next few years, which means an investor today is looking in getting an eight times return on their investment if they go in today.”

“There were skeptics with regard to the Amazon stock, for the last 15 years there were people betting against Amazon, and guess what, the share price went from $30 to $1,500, and this was a company that was losing money on every book it was selling up until a few years ago.

“So this is an opportunity of a lifetime, it could go to zero, people have to understand that, it’s a currency that will sink or swim based on consumer confidence. If one of the major exchanges gets hacked, if China, or Russia, or the United States decide to crack down really hard on cryptocurrency, Bitcoin can go down to $1,000 or $2,000.” 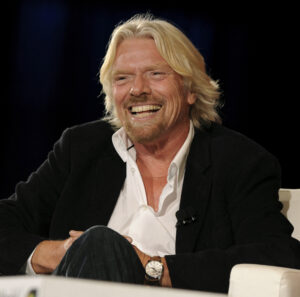 The forward-thinking owner of Virgin Airlines has been keeping his eye on Bitcoin for several years and he likes what he sees!

“I think it is working,” he told Bloomberg News.

“There will be other currencies like it that may be even better, but in the meantime there’s a big industry around Bitcoin.

Branson is particularly keen on Blockchain technology and has held industry conferences on his private island. 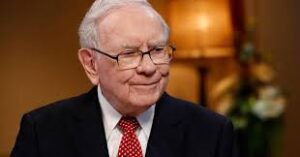 You don’t become a billionaire investor by making bad decisions, so when Warren Buffett speaks, we all should listen…

Speaking at Q-and-A session in the United States in 2017, he said the digital currency’s exploding value is a bubble waiting to burst.

“People get excited from big price movements,” he was quoted as saying in a Marketwatch article. (link: marketwatch.com)

“You can’t value Bitcoin because it’s not a value-producing asset.”