Home Blockchain Cryptocurrency Bitcoin’s $900 price drop: What caused it and should you worry?

Just when Bitcoin and crypto markets were looking like resuming their uptrend, one massive red candle appeared and BTC dumped $900. What has caused it and should you be concerned?

Bitcoin has dumped back to resistance at the mid-$9000 level following one huge red candle on the hourly chart in late trading on Wednesday.

From topping out at around $10,300 the king of crypto had crashed to $9,300 a couple of hours later. The move is the largest daily dump of the year.

Analysts had speculated that unless BTC can make a higher high, topping $10,500 in this recent rally, the correction is likely to resume with a lower low, which is exactly what has just happened.

Crypto trader and investor ‘Anondran’ noted the potential trend exhaustion adding “First time under the 6H cloud this year and first Lower High and Lower Low on the weekly.”

$BTC Potential trend exhaustion. First time under the 6H cloud this year and first Lower High and Lower Low on the weekly. ????

According to charts from datamish.com almost $150 million in longs have been liquidated on BitMEX over the past six hours. This causes a cascade effect as stop losses are hit and trades are closed.

In all likelihood the correction has further to go with the next level of support back at $9,300 and below that into the high $8k range.

If this too fails to hold there is strong support around $8,200 which a number of traders are already targeting as a buy back region. 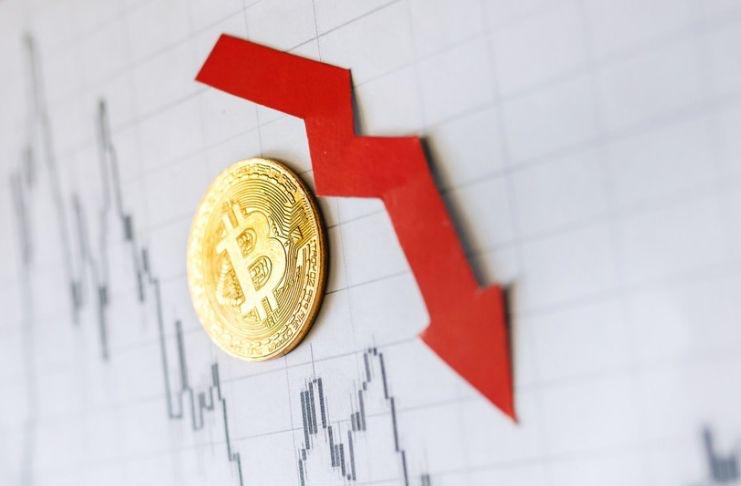 Should you be worried about Bitcoin’s price drop?

Following an epic rally of over 60% in less than two months, it is completely natural – and even healthy – for Bitcoin to take a breather and retrace a little.

At the moment it has only corrected by 11% but it could fall as much as 20% judging by previous pullbacks.

This would send prices back into the mid-$8000 zone, which is still higher than they were at the beginning of the year.

Fundamentally, Bitcoin is still very strong so there is little to be concerned about.

With global economic tensions mounting, interest rates plummeting, debt skyrocketing and currencies being eroded the safe haven narrative for Bitcoin is stronger than ever.

Add to that a halving event which has previously resulted in massive rallies the following year, and the long term picture is rosy.

Bitcoin has a long way to go and if long term price models are anything to go by it could hit a new all-time high within the next two years.

Queen Elizabeth wants to crown Prince William on his anniversary to...