There are plenty of reasons to get depressed during ‘Crypto Winter’. But every day we read new stories about Bitcoin and cryptocurrency adoption that make us think the next boom is incoming. Here are 10 stories from this week alone:

1. Bitcoin is now legal in more than 100 countries

According to Coin Dance, Bitcoin is now legal (or at least not specifically banned) in 111 countries out of a total of 256. That includes almost all of the biggest economies in Europe, Russia, South Africa and South America. Bitcoin gets a less enthusiastic welcome in Asia and Africa.

2. History shows this could be the last time many can afford a Bitcoin

Crypto trader and investor Josh Rager shared a chart this week of Bitcoin’s overall upward movement since inception, and suggested this could be the last time the public could actually afford to buy a whole Bitcoin. “After 2021 – Bitcoin could move to a market price where most will only buy fractions … $BTC speculative value could be out of reach for most.”

3. Nasdaq announced it will add Bitcoin and Ethereum indices this month

Nasdaq announced this week it will launch two new indices tracking cryptocurrency prices from February 25. The Bitcoin Liquid Index (BLX) and the Ethereum Liquid Index (ELX) — provide real time updates in thirty-second intervals for clients using NASDAQ’s Global Index Data Service (GIDS). Now, that’s a long way from a Bitcoin ETF approval, but it shows crypto is now firmly on the radar of traditional and institutional investors. Nasdaq is also reportedly launching Bitcoin futures in the first half of this year. 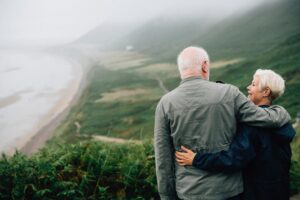 4. Two US retirement funds invested in a crypto fund

The institutional money has started to flow. For the first time two US pension funds invested in a $40 million cryptocurrency fund overseen by Morgan Creek Capital. Virginia’s Fairfax County’s Police Officers Retirement System and Employees’ Retirement System both think Bitcoin is now worth gambling other people’s retirements on.

5. Bitcoin will ‘grind back up,’ says Mike Novogratz

Former Goldman Sachs partner Mike Novogratz told Bloomberg this week that Bitcoin won’t explode all of a sudden, but will “grind back up to $8000”. “It feels like we’re just grinding along the bottom and the next move is significantly higher. We are not gonna bubble back up… We are going to grind back up… But if you start buying, could you go to $8,000? Of course, you could… And then you see the enthusiasm pick up… ”

6. Bitcoin is now mining its biggest blocks ever

Blockchain.com showed that February 12 had an average block size of 1.305 megabytes, the biggest on record. Blocks mined today by the Bitcoin network are now regularly bigger than 1MB, which was the limit that existed before Segregated Witness (SegWit) was introduced in August of 2017. Unfortunately up to 20 percent was by a startup called VeriBlock and their transactions have been called ‘spam’. 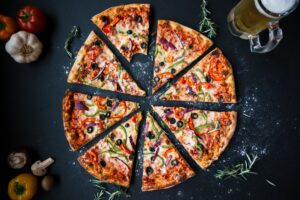 7. You can now buy pizza easily and cheaply with Bitcoin

Domino’s Pizza now accepts Bitcoin via the Lighting Network, through a third party called
Lightning Pizza. Every order comes with a five per cent discount and fees will cost less than one US cent.

On WeChat Chinese Bitcoin (BTC) billionaire Zhao Dong told investors there are a few more months of winter to endure and predicted the crypto spring will come in 2020, and summer will arrive in 2021. That means now is the time to buy up while it’s cheap.

9. 13% of consumers across 22 countries have actually bought stuff with crypto

A survey by Kaspersky Labs of more than 12,000 consumers in 22 different countries found about 13 percent of people have used cryptocurrency as a payment method. Separate data from Coinmap shows there are now 14,346 venues that accept BTC as against 1,789 recorded almost six years ago, an increase of 702 percent since December 2013. 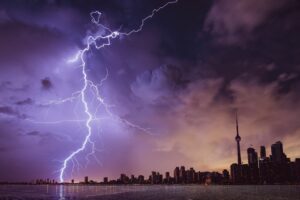 Yes, apparently the Lightning Network now has 6,000 Nodes and $2.4 million capacity. OK, that’s about as much as one house costs in Sydney. But still. The Lightning Network aims to solve the high costs, low transaction volume and rubbish transaction speeds associated with Bitcoin. While it’s early days yet, if it can scale, then this could make Bitcoin king of crypto for years to come. M