Blake Shelton and Gwen Stefani have, allegedly, tied the knot while they are on quarantine.

According to Star, the couple’s wedding ceremony took place at the ranch of Blake Shelton in Oklahoma. Since there is a lockdown in the United States, only 16 guests were present at their nuptials.

Shelton and Stefani, allegedly, decided to push through with their wedding plans since they were stuck together due to the coronavirus outbreak,

The claims made by the tabloid are incorrect. It is unlikely for Shelton and Stefani to suddenly tie the knot just because they have been stuck together.

As of late, The Voice coaches have not yet announced their engagement. As such, there is no way for the couple to have already tied the knot. 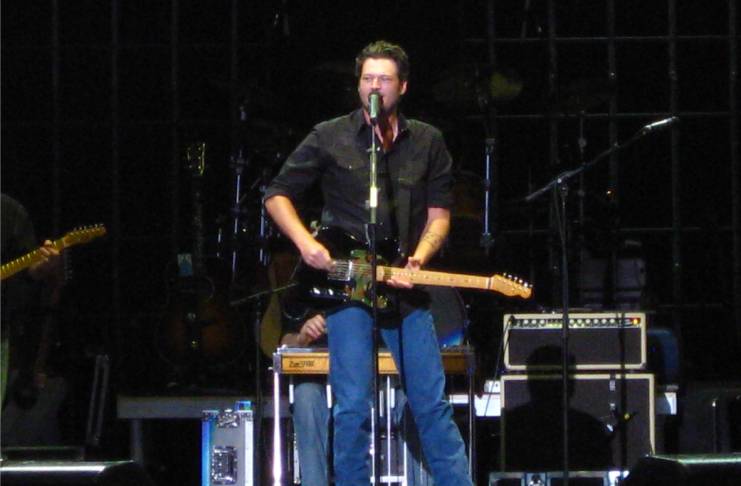 This isn’t the first time that Shelton and Stefani were surrounded by wedding rumors. It all started with the dubious claim made by the same tabloid in 2018.

Star, allegedly, that the couple tied the knot at Shelton’s ranch. At that time, a source said that Shelton and Stefani only had 45 guests. The couple also wanted to keep their wedding ceremony hush-hush.

Shortly after the story made headlines, Entertainment Tonight confirmed that Blake Shelton and Stefani have not yet tied the knot. The country singer also said that he wants to marry his girlfriend one day but 2018 isn’t the year that they will get married.

One month later, Life & Style claimed that Shelton and Stefani spent the entire summer planning their lavish and star-studded wedding. The No Doubt singer, allegedly, went all-out and several A-listers were present at her nuptials.

In Touch Weekly also claimed months later that Stefani and Shelton were tying the knot since they are already expecting their first child. A source told the tabloid that it was Stefani who was adamant about marrying Shelton.

Shelton, on the other hand, is hesitant to walk down the aisle because he doesn’t think that a wedding will prove his commitment to his fiancée.

Less than a year later, Star once again claimed that Shelton and Stefani were planning the wedding of the year. Unfortunately, no such event has happened until today.