Blightbound will come to Steam on Early Access this summer. The game is showing off why players should feel excited. This upcoming grimdark fantasy is crazy, and the existence of two more players can make it weirder.

The 2D action-adventure is not only a challenging game but also an intriguing one.

Blight plunges players into hordes of monsters and a corrupting fog

In Blight, the party comes with three players, either locally or online. Players can choose between a warrior, mage, or assassin, all ready to go into battle. The band will be warring with waves upon waves of monsters in this dark world.

This dark fantasy world follows a world overtaken by The Blight. This ever corrupting fog came from the death of a monstrous entity named Shadow Titan. Heroes slaughtered the legendary beast, not knowing its death will plunge the world in darkness.

With Blight’s gameplay, players need more than basic hack and slash. To cut a swathe through hordes of monsters, would-be fighters need a strategy.

They need to know when to take advantage of the mage’s powers. Players need to utilize the assassin’s offense and cover his glass cannon health. Warriors should coordinate with the team to handle heavy hitters.

The ability to synchronize with other players can save a ton of grief. Good timing is a crucial skill that will help unleash every player’s ultimate skill.

Blight has puzzles, new heroes, and three worlds to explore

The entire gameplay of Blightbound revolves around crawling dungeons. Even then, adventurers have more things they can do in the game. The new trailer showcases everything else players can do. 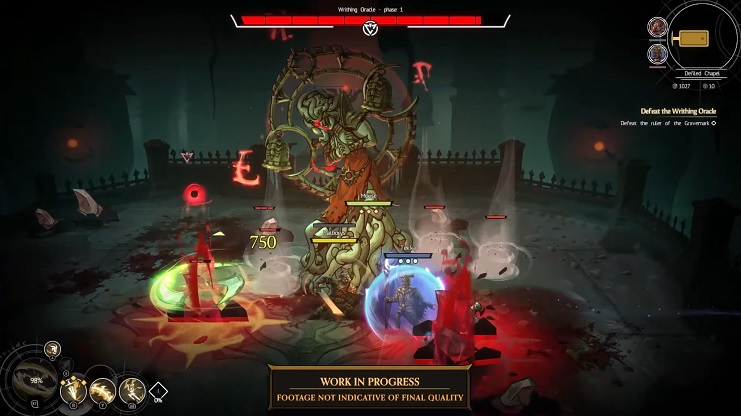 In Blight, there are puzzles to solve and an entire world to explore. Players have their roles to fill, and they need to know what to do. The loot gathering aspect is also fun, with robust inventory management.

For players who want to play solo, they can recruit new heroes into their roster. There are three different lands to free from the clutches of the horde, so players will have enough to do.

Unlike fellow dungeon crawlers like Darkest Dungeon, Blight has a fast pace. It encourages quick thinking and solid tactics. Players would also need to know when to prioritize monsters over goals.

The title comes from Romino Games, makers of Swords and Soldiers, and Awesomenauts. Blightbound is coming for PC this year through Steam Early Access.