Borderlands 3 latest downloadable content includes raising the level cap to 57. Players are encouraged to re-grind and re-farm to attain the new max.

In the new Borderlands 3 DLC called  Guns, Love, and Tentacles: The Marriage of Wainwright & Hammerlock, players have two new relevant objectives to achieve.

First, to make sure that Sir Alistair Hammerlock and Wainwright Jakobs live a happy ever after by fighting back the forces of otherworldly evil in the ice planet of Xylourgos, where a gargantuan monster lies frozen above a village full of deranged occultists.

Second, to reach the new level cap of 57. If players want to avoid falling behind and keep up with the pace of power, then, there’s a need to re-grind the gears and re-farm.

Just last month, Borderlands 3 released the Broken Hearts Day Holiday Event that upped the level cap from 50 to 53. Most of the players didn’t mind the adjusted level cap increase — seeing not enough reason to do so, power-wise.

This would entail that many have remained on 50. However, the Guns, Love, and Tentacles: The Marriage of Wainwright & Hammerlock DLC release is a gamechanger.

There is now a big difference between gears with levels 50 and 57. Considering that Borderlands 3 is about gun grinding if players would like to remain at the top of the others, the best thing to do is re-farm fast.

On the upside, reports say that this new max is the last increase update for long while.

Also, for the first time in Borderlands 3, players can achieve two capstones skills that are beneficial for most of the characters. This gives the players an upper hand on the power boost. 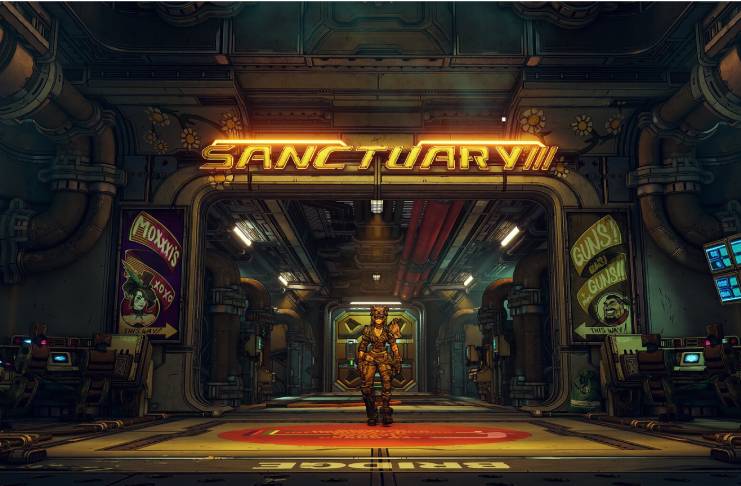 The Borderlands 3 DLC release for Guns, Love, and Tentacles campaign was set on March 26. For the UK, it was launched at around 4 PM GMT. In the United States, it was released is at around 12:00 noon ET, or 9 AM PT.

The release introduced a new “bone-chilling” location called Xylourgos. It is “an all-new ice planet unlike anywhere you’ve visited in the Borderlands before.”

In addition, players were introduced to new “eerie characters” that’ll help with the main goal of giving Wainwright and Hammerlock a happy ever after.

Unfortunately, the Add-On Campaign is still set to go live in April for PS4, Xbox One, and PC. Meanwhile, the Borderlands Legendary Collection is coming to Nintendo Switch on May 29. 2020.