According to New Weekly magazine, the nightmare of Brad Pitt finally came true after Jolie prevented him from seeing their kids. The Maleficent: Mistress of Evil actress was, allegedly, getting her revenge from Pitt for dating Alia Shawkat. However, no concrete pieces of evidence can confirm that these hearsays are correct as of this writing.

But the insider insisted that Jolie immediately took matters into her own hands after hearing about Pitt’s new woman.

“As soon as she heard there was another woman in Brad’s life, Angelina immediately withheld access to their kids. She’s meant to send them over to his place every few days, but instead, she hit the roof over the fact that he’s been dating right under her nose and refused to hand them over,” the unnamed source said, as per New Weekly.

The insider also claimed that a standoff between Pitt and Jolie took place for two days. Eventually, the Ad Astra actor, allegedly, won the right to share his children with Jolie. 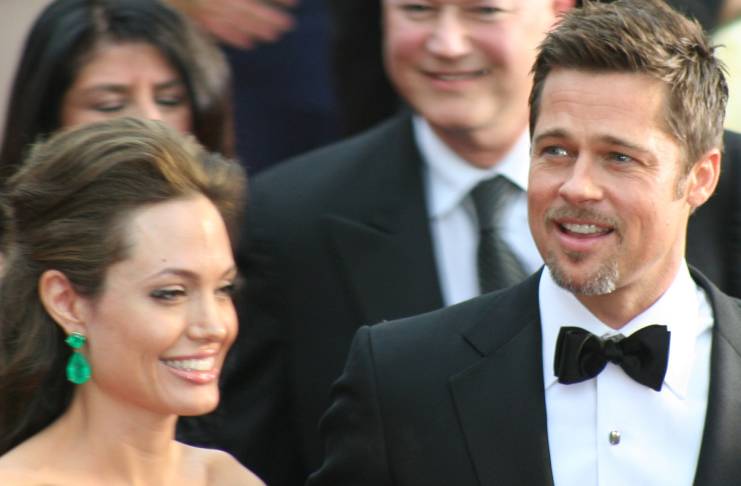 Angelina Jolie allegedly threatened to elope with her kids

Prior to this arrangement, Jolie, allegedly, threatened to leave the country with her kids.

“Apparently, her argument was that Brad hadn’t stuck to their handshake agreement by telling her if he had a girlfriend, which left her free and clear to violate it at her end by taking the kids overseas without his permission. They were heading for a private airport before Brad got a police friend to intervene at the eleventh hour,” the source said.

Did Brad Pitt ask his pal for help?

Pitt didn’t, allegedly, want his problems with Jolie to be made public that’s why he decided to call a former LAPD friend for advice.

“Brad’s stayed close with his security guys over the years, and a lot of them are former cops who know Brad and Ange well. Brad got one of them to call Angelina and warn her that taking their kids without their father’s say could be seen as kidnapping,” the source said.

Pitt’s friend, allegedly, managed to talk some sense into Jolie. And the actress reluctantly went back to negotiating with her ex-husband through their lawyers.

Months have passed since the dubious story was first published. And it’s now safe to conclude that the claims are all fabricated.

Jolie never kidnapped her and Pitt’s children. And the actress previously explained that she cannot just leave the country with her kids without Pitt’s consent.

Pitt’s rumored girlfriend, Alia Shawkat also just clarified that they are just friends. Jolie’s not upset with Brad Pitt and Shawkat because they aren’t together.