Brad Pitt has, allegedly, left his ex-wife, Jennifer Aniston blindsided with the news that he has a secret love child.

Now to Love published a throwback photo of Brad Pitt on the cover of this week’s issue. In the snap, the Ad Astra star is carrying a baby girl.

The tabloid claimed that Pitt’s photo is recent. And that the baby girl that he is carrying in the picture is his secret love child. However, the baby girl is his and Angelina Jolie’s eldest biological child, Shiloh Jolie-Pitt. 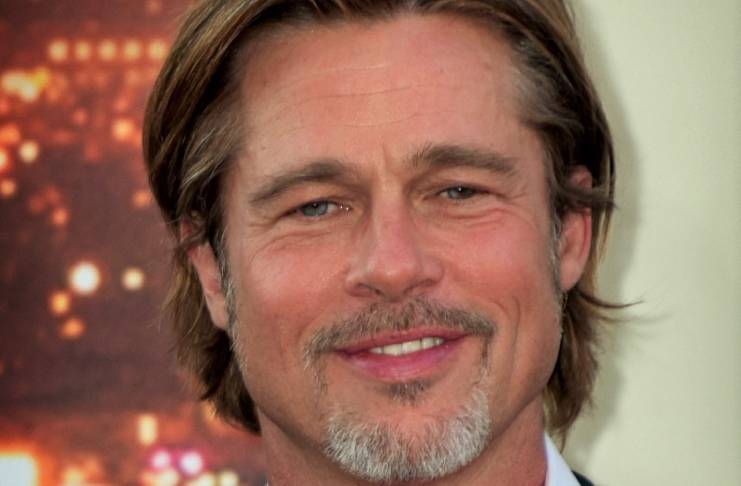 A source told the tabloid that Pitt’s rendezvous with British women left him with a secret love child. And the actor is allegedly stressing over the fact that Aniston might not be able to accept the news.

The insider said that Pitt doesn’t have any idea how his baby bombshell will affect his relationship with Aniston. But the source is convinced that Aniston won’t let Pitt’s secret love child affect their romance negatively.

However, the rumor-debunking site, Gossip Cop confirmed that none of the claims made by the tabloid are true. Pitt doesn’t have a secret love child with the British woman that he hooked up with.

In fact, it is unclear if the Once Upon A Time In Hollywood star ever hooked up with British women.

And the storyline about Brad Pitt and Aniston dating again has been debunked several times. The A-listers have not gotten back together and they never will.

Gossip Cop also busted Now to Love for regularly publishing dubious stories about Pitt and Aniston. Just recently, the tabloid claimed that Pitt and Aniston have called it quits. And the Friends star is rebounding with her other ex-boyfriend, John Mayer.

A few days later, the same tabloid claimed that Aniston gave up alcohol for Pitt. The dad of six has been sober for the past two years. While at the National Board of Review Annual Awards Gala in January, Pitt credited Bradley Cooper for helping him get sober.

“I got sober because of this guy. And every day’s been happier ever since,” he said (via E! News).

However, Aniston has no say when it comes to Pitt’s sobriety. After all, they are no longer together.

Brad Pitt and Aniston announced their divorce five years after tying the knot. Following their split, the former couple waited a few years before they became friends.