Brad Pitt and Jennifer Aniston are rumored to have moved in together amid the coronavirus lockdown.

According to Star, Pitt has been spending time at his ex-wife’s mansion in Los Angeles.

Since they don’t get to interact with other people due to the deadly coronavirus, the A-listers have, reportedly, become much closer to each other.

“They both feel humbled and grateful for everything they have right now, especially each other,” the source said.

The insider also said that Pitt and Aniston are practicing social distancing even if they are staying in the same house. 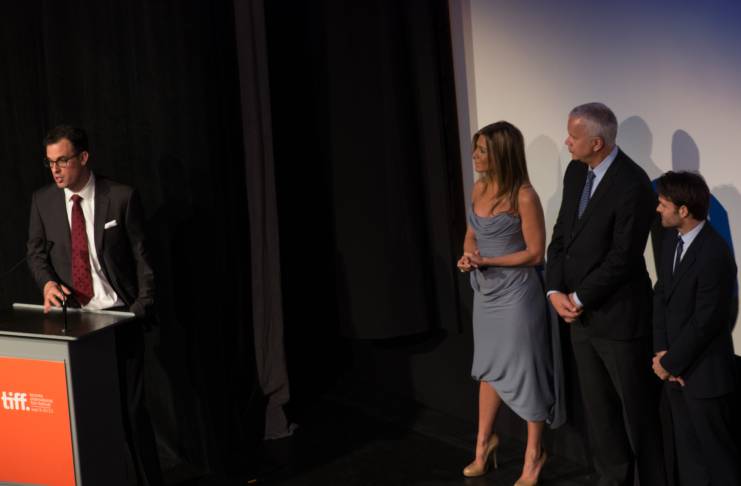 Melissa Etheridge weighed in on Pitt and Aniston’s relationship recently.

She said that she thinks the former couple will always stay friends.

But some of Pitt and Aniston’s supporters couldn’t help but hope for something more.

Several reports claimed that Pitt and Aniston are back together. The speculations are rifer after they reunited at an awards show.

Last month, a source told Mirror UK that Pitt and Aniston have been meeting up secretly before their highly-publicized reunion at the SAG Awards.

“I don’t think she’s ever really stopped loving him even though he broke her heart when he left her for Angelina Jolie,” the source said.

“It has taken a long time but she has forgiven him for everything – forgiveness has been a big part of them moving on,” the source added.

There have also been claims that Pitt and Aniston are adopting a baby girl.

An insider alleged that Pitt has always wanted to have a big family.

New Idea also picked up on a similar storyline by saying that Pitt and Aniston may have already welcomed their bundle of joy.

In March, Michelle Ross announced that she just gave birth to a healthy set of twins.

The tabloid claimed that Aniston and Pitt may have hired Ross to carry their babies. And the A-lister’s twins were born on March 20.

However, as with all the dubious claims made about Pitt and Aniston, the ones mentioned here should be taken with a grain of salt.

A reunion between Pitt and Aniston has not taken place.

As such, there’s no reason for them to spend the coronavirus lockdown at the Friends alum’s home.

It is also unlikely for them to be adopting a baby together.