According to OK! Magazine, Jolie and Brad Pitt have agreed to meet so that they could talk like grown adults and start making compromises.

“There will be no lawyers involved – just the two of them talking through their issues and seeing if they can finally agree on the important stuff,” a source told the tabloid.

The insider also said that Jolie and Pitt finally agreed to make amends after all the fighting has taken a toll on them. The A-listers’ six children are also affected by their parents’ divorce, which is exhausting and upsetting for them. 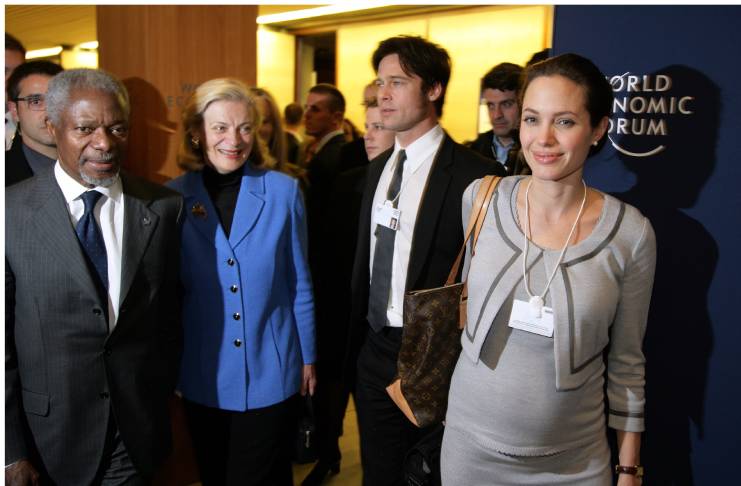 According to the source, Jolie was the one that reached out to Pitt after her dad, Jon Voight, encouraged her to do so. Pitt’s parents, Bill and Jane ,also encouraged their son to accept Jolie’s invitation.

“She told Brad Pitt it was time to talk, and he agreed. All the grandparents have been working on talking sense into them for years, but their pleas fell on deaf ears. I guess Brad and Angie finally woke up and listened to some sensible advice,” the source said.

In the past, Jolie and Pitt’s face-to-face conversations have, allegedly, been underproductive because they would usually end up in tears. But this time around, the former couple agreed to put their swords down for the sake of their children.

One of the things that they will be discussing at a neutral location has to do with their children’s education. Pitt is, allegedly, anxious about the possibility of his kids going to a traditional school.

Jolie’s plans to relocate with her children is also at the top of their list of things to talk about.

The source said that it was never Jolie and Pitt’s intention for things to get so ugly. And the former couple is hopeful that the worst is behind them.

However, the claims made by the tabloid should be taken with a grain of salt. Jolie and Pitt have not said anything about having a private meeting.

It is also unlikely for the A-listers to share details of their private meeting to the public. And the fact that the tabloid was unable to name their source could only mean that their claims are fabricated.

Jolie and Brad Pitt divorced in 2016. At present, they are still dealing with their custody arrangement. However, things have been peaceful between the two because they don’t talk about each other during their interviews.