Brad Pitt and Demi Moore are, allegedly, having sensual and electric encounters during their intimate sober yoga sessions.

Three years ago, National Enquirer linked Brad Pitt to Moore shortly after his split from Angelina Jolie. An unnamed source told the tabloid that Moore introduced Pitt to a form yoga that helps boost one’s sex life and help with sobriety. Pitt, allegedly, agreed to attend the yoga sessions with Moore, and the A-listers have gotten close since then. However, no concrete pieces of evidence can confirm that these hearsays are true as of this writing.

Still, the unnamed source claimed that Pitt and Moore had intense encounters. The insider also said that Pitt raved about the chemistry that he has with Moore.

“They are sharing a passion for yoga and each other. It’s a perfect combo. It’s possible that Brad and Demi could go the distance with a proper romance,” the unnamed source said, as per National Enquirer.

Gossip Cop immediately debunked the claims made by the tabloid shortly after the story was published. The publication said that Pitt and Moore weren’t about to get into a relationship. It is also untrue that the celebrities have been attending yoga sessions together. 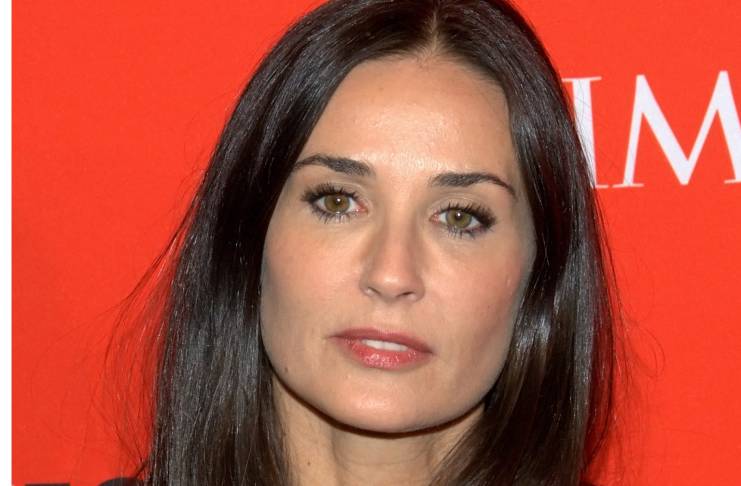 Demi Moore allegedly has a crush on Brad Pitt

It isn’t the first time that Brad Pitt was linked to Moore. Radar Online claimed in 2018 that Moore dragged Pitt into Kabbalah after crushing on him for years.

“She would love to date him, and now that he’s free, that may finally happen,” an unnamed source said, as per Radar Online.

However, E! News confirmed that the story is fabricated. The publication said Pitt wasn’t trying Kabbalah either.

“Brad isn’t friends with Demi and they don’t speak,” the publication confirmed.

Over the years, Pitt and Moore have also been linked to a slew of other celebrities. For instance, there are claims that Pitt is dating Alia Shawkat.

In fact, In Touch Weekly recently claimed that the Arrested Development actress moved into Pitt’s home.

Before Pitt was linked to Shawkat, there were also rumors that he and Jennifer Aniston have gotten back together. The former couple crossed paths at an awards show months ago. However, Pitt and Aniston never got back together.

As for Moore, the actress was linked to Ed Helms. Bruce Willis’ ex-wife was also dragged into a love triangle with Sienna Miller and Robert Pattinson. There have also been claims that Tom Cruise is interested in dating Moore.

However, all these stories about Brad Pitt and Moore are made up.