Brad Pitt is one of the most popular and successful actors in Hollywood. Since his emergence in the industry, several individuals have repeatedly praised him for his works and talents.

But, just like many celebrities, he had to start from “somewhere.” He was not always famous as opposed to his current standing. As revealed, his life, prior to Hollywood, was “normal” and pretty “humble,” according to  Cheat Sheet.

In 1963, just a few weeks before the year ended, Brad Pitt was born in Oklahoma. He is the eldest of the three Pitt siblings.

Brad’s father, Bill Pitt, was reportedly a “truck company owner.” While his father managed the business, his mother, Jane Pitt, was a “family counselor.” The family lived a simple and “conservative” life in Missouri, where the actor grew up.

He was not famous in school

Brad Pitt went to Kickapoo High School. Reports even noted that he failed to make it in the school’s basketball team in middle school. Even so, he became part of the golf, swimming, and tennis teams upon reaching high school, as per The Talko. 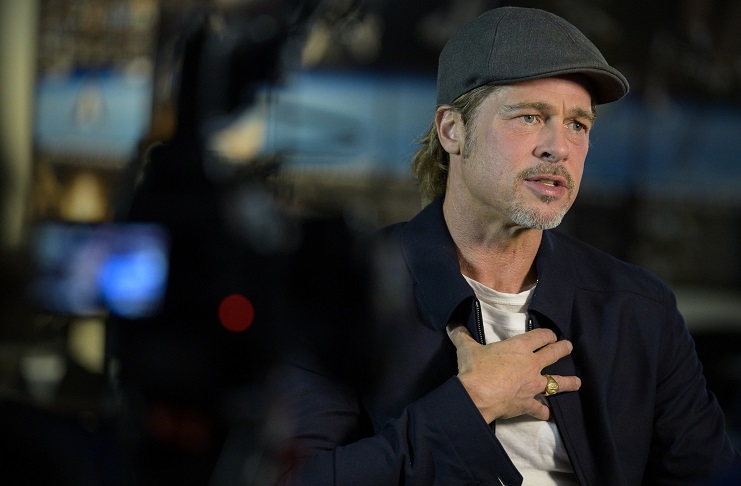 After finishing his secondary education, he headed off to the University of Missouri. He reportedly majored in journalism. However, he “bailed” on the degree with “two credits shy.” As explained, Brad “gave in to his love of films” and went to Los Angeles.

Brad worked as a mascot for El Pollo Loco

Upon arrival in Los Angeles, his acting career did not take off until a few months later. While he was taking acting classes, Brad Pitt took “odd jobs” to make ends meet, according to Insider.

He worked as a limousine driver, “sometimes for strippers.” Aside from driving guests and clients, he also reportedly worked as a “furniture mover,” which often involved “lugging refrigerators.”

Among all his jobs, the oddest of them all was his time working as a mascot for El Pollo Loco. As noted, the actor’s “humble upbringing” provided him a very effective and strong work ethic.

Seven months later, he reportedly found an agent, who helped him get started with his acting work. Brad Pitt’s earliest projects included roles in soap operas in the late 80s.

In 1987, he starred in Another World. He also played two roles in Growing Pains between the same year and 1989. But, it was not until 1991 when he landed the role that would set his path to Hollywood fame.

Brad Pitt had his first “big break” in Thelma & Louise. He played the role of a “charming hitchhiker,” who had a one-night stand to Geena Davis’ character, Thelma. Since then, several projects followed, including his roles in A River Runs Through It, Kalifornia, and Interview with the Vampire.

‘The Penthouse’ defended throne for 6 straight weeks at no. 1:...

New global ranking system shows Australian universities are ahead of the...

‘Demon Slayer’ manga: 1st to have three volumes to sell 5...

Distance-based road charges will improve traffic — and if done right...

Solar panel fire season is all year round and it’s getting...

Sure, interest rates are negative, but so are some prices, and...